Its third-quarter earnings results are in.

Like many automakers, Ferrari had an excellent third business quarter of 2020, according to its just-released investors' report. While shipments were down by 6.5 percent, its earnings rose 6.4 percent to about 330 million euros. Revenue did fall three percent to 888 million euros. But the good news is that Ferrari expected to take a slight hit due to the coronavirus pandemic. Also, it was one of the first automakers to quickly respond to the new reality by immediately shutting down its Maranello and Modena production facilities.

Italy was the first Western country to suffer from the pandemic and Ferrari had no choice but to close down. Following a seven-week closure, it re-opened and implemented some of the strictest and safest social distancing and testing measures for any automaker. That hard work is now paying off.

Not only did it make money in Q3, but, more importantly, it remains on track to reach the top end of its full-year guidance earnings of about 1.125 billion euros. Total Q3 shipments came to 2,313 units, down by only 161 cars compared to last year. Thank Ferrari's fine-tuned re-opening for that. In fact, Ferrari expects it'll recover about 500 of the 2,000 units lost during the shutdown period. In terms of product, the Ferrari SF90 Stradale and all-new Roma remain on track to get underway during Q4.

Meanwhile, shipments of its V12-powered models, including Monza SP1 and SP2, increased by an impressive 15 percent between July and September.

Even with numerous pandemic restrictions, Ferrari revealed two new models in September, the 612-horsepower Portofino M and the one-off Omologata. Assuming no additional restrictions arise, Ferrari is expected to sell more than 10,000 vehicles this year. That's an important figure because last year was the very first time it crossed that 10,000-unit annual threshold.

Although we'll have to wait until Q4 comes to a close for the official numbers 2020 numbers, it's safe to say that Ferrari's coronavirus recovery is complete. 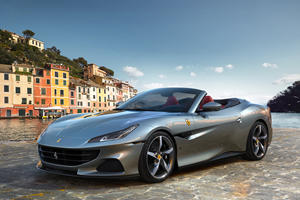