Reporting falsified sales data is, shall we say, illegal.

According to Bloomberg, Fiat Chrysler Automobiles and the US Justice Department have reached a settlement in an antitrust lawsuit over claims the automaker forced dealerships to report false sales numbers in order to bolster its stock price. The lawsuit was filed against FCA back in 2016 over alleged racketeering, violations of antitrust laws, and breach of contract. The racketeering charge was dismissed twice, but the remaining charges were set to head to trial later this year. "FCA US is pleased we could reach an amicable resolution on the matter," the automaker said in a statement. The Justice Department declined to comment.

However, the initial allegations also prompted a second and still ongoing federal investigation regarding information filed with the Securities and Exchange Commission that could have given FCA shareholders the impression sales were better than they actually were.

This all got started when seven FCA dealers sued the automaker, claiming it "stacked the deck" against them "by soliciting fraudulent sales reports from certain dealers, and by using the numbers generated from these false sales to further subsidize plaintiffs' competing dealers and to allocate hotter selling vehicles to them." It was pay to play, at least according to those dealers. Unfortunately, FCA's alleged actions were not the first time an automaker has been investigated for something of this nature. FCA, just so happened to get caught, assuming the allegations are true.

The Wall Street Journal also reported that if FCA's sales numbers were falling short, corporate officials would inform regional managers and dealers that the "unnatural acts department" was open as part of an effort to motivate them to do whatever was necessary to increase sales.

Some methods of doing so, like consumer incentives, are totally legal. Other methods, including shifting cars into a dealer's test fleet and then reporting those vehicles as being sold, are very illegal. Chances are this won't be the last time an automaker will be investigated by the Feds for false sales reports, but these dealers ought to know in advance they'll likely get caught eventually. 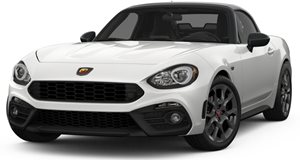