This comes at a surprise.

While the Peugeot and Fiat Chrysler Automobiles 50:50 merger seems like a done deal, the latter is still making some major changes to certain global markets that only a few short years ago would not have made much sense. Times change fast.

According to Automotive News Europe, FCA plans to exit the European mini-car market, a segment where it has been the longtime leader. Examples could include the 500 and overseas-only Panda. FCA CEO Mike Manley wants to shift Fiat's minicar customers to the subcompact segment instead. "In the very near future you will see us refocus on this higher-volume, higher-margin segment, and that will involve a move away from the minicar segment," Manley explained.

For years, the Fiat 500 and Panda have dominated Europe's minicar scene, though both are long overdue for replacements. The retro-styled 500 is now a dozen years old while the Panda was last redesigned in 2012.

Now, FCA sounds like it wants to replace both models with something more along the lines of a Ford Fiesta rival. Manley refused to directly comment on the future status of both the 500 and Panda. Word has it the 500 successor will be an all-electric vehicle and doing so would work perfectly with the proposed Peugeot merger. The PSA Group has the electric vehicle platform FCA does not.

However, some industry analysts doubt FCA will truly quit the minicar segment completely, but will rather drastically improve it. Examples of doing so include could upgrading vehicle content and pricing. Making them slightly larger also shouldn't be ruled out.

The bottom line of what's happening here is that FCA is rethinking its small-car strategy, just like many other automakers. While the Fiat 500 and Panda sold well, the segment's future needs to be redefined. The good news is that FCA, thanks to the proposed merger, is in a better place than ever to help set the segment's updated terms. 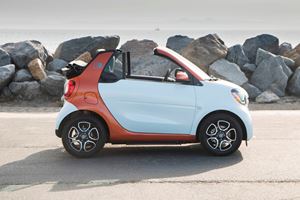