While Volkswagen hasn't made any official announcements yet, spy shots of camouflaged prototypes and leaked photos have shown the popular Tiguan SUV is getting a facelift for the 2021 model year. Volkswagen also offers a sporty R-Line version of the Tiguan, but there are no performance improvements since it's an appearance package.

Rumors have suggested Volkswagen is developing a high-performance R version of the Tiguan, but VW has remained silent so we were starting to lose hope. However, we now have proof the hardcore Volkswagen Tiguan R is finally happening as our spies have caught a prototype being tested in the snow alongside the new Golf R and Arteon R. 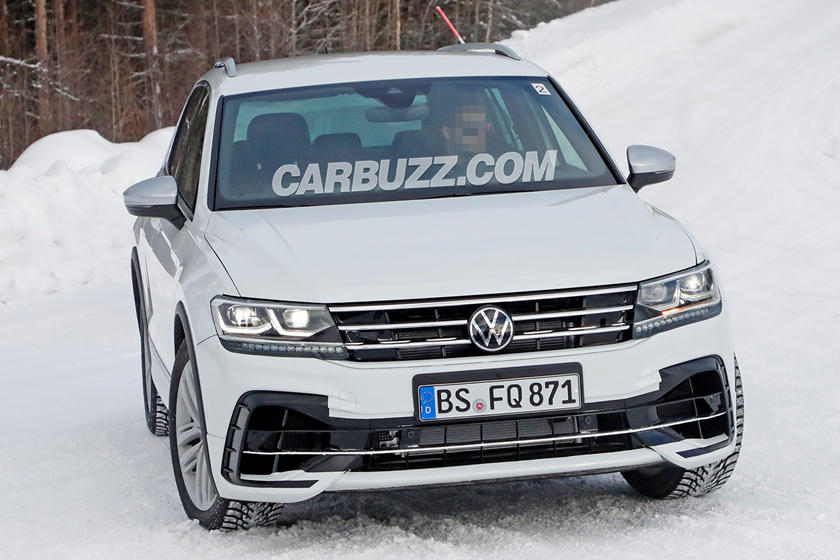 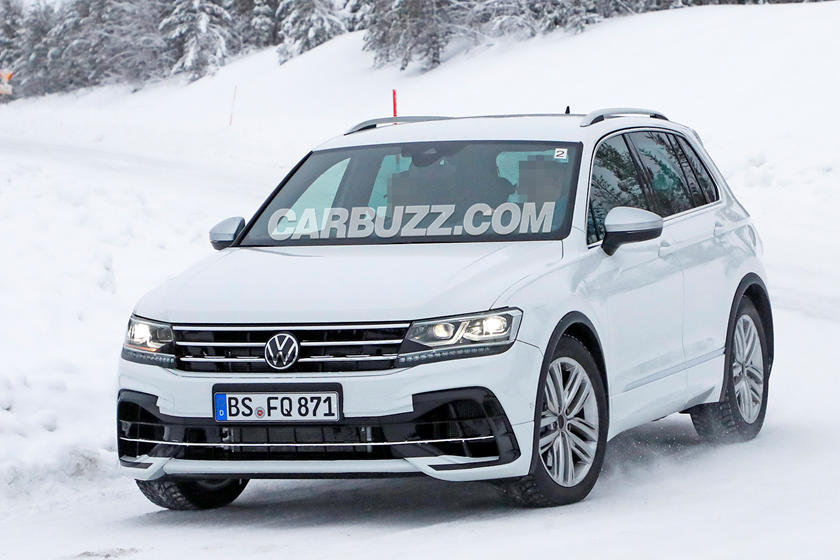 While the front has been camouflaged to trick you into thinking you're looking at the Tiguan, the Tiguan R looks production-ready. At the front, the new headlights look like the lights found on the new 2020 Volkswagen Golf and the grille is slightly larger.

Elsewhere, the Tiguan R is fitted with a more aggressive-looking front bumper with large air intakes. At the back, there will be a diffuser between the quad exhaust pipes, which is missing on the prototype. Larger brakes with drilled discs and blue brake calipers also confirm we're looking at the high-performance R version of the Tiguan. 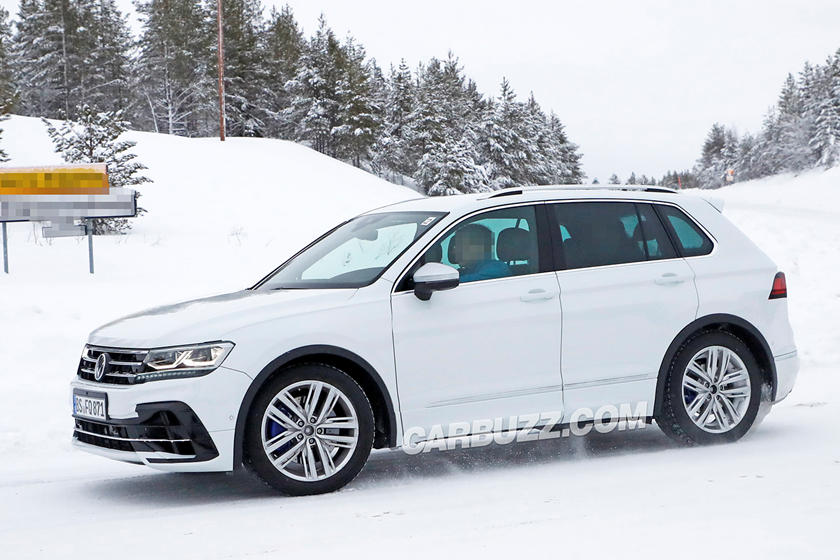 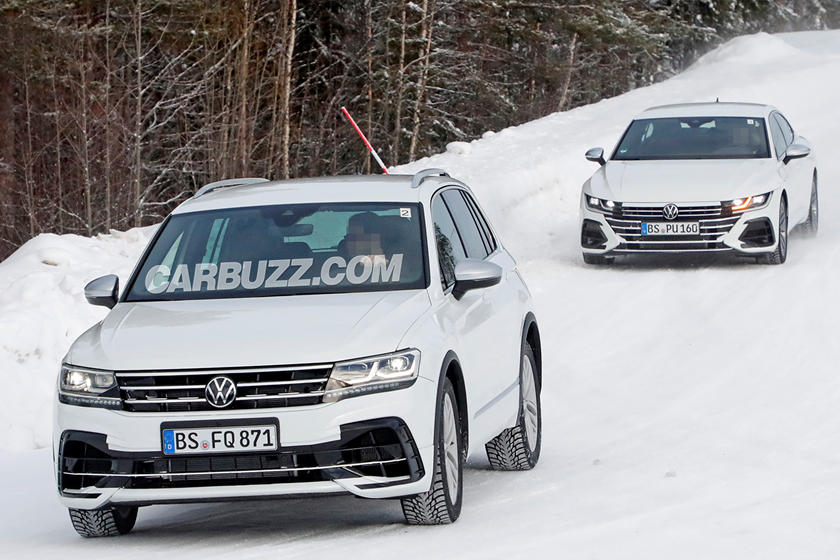 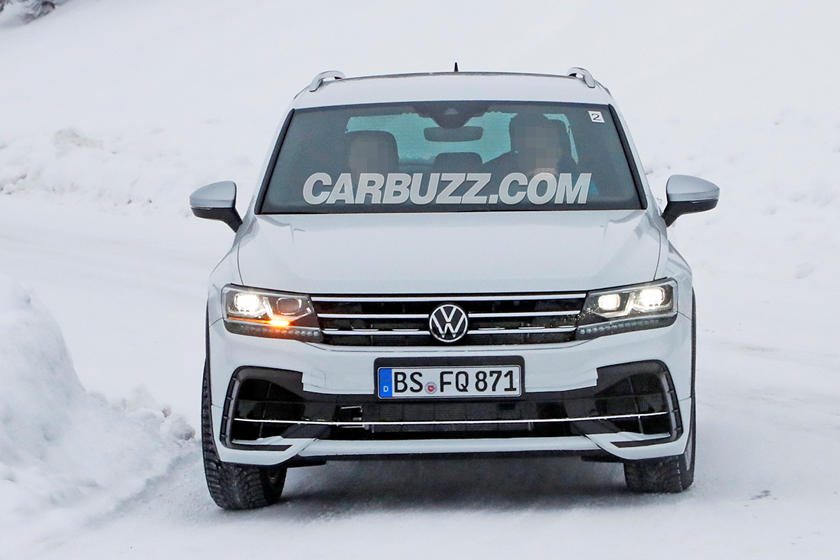 Originally, the Volkswagen Tiguan R was expected to pack the same five-cylinder turbo engine as the Audi RS Q3, but it's more likely to get the same 2.0-liter four-cylinder turbo engine that will power the new Golf R. A leaked document seemingly confirmed the next-generation Golf R will have 333 horsepower, so the Tiguan R will most likely have the same output. Power will be sent to all four wheels through a dual-clutch gearbox.

The timing of these spy shots suggests the Tiguan R will be introduced as part of the SUV's 2021 mid-cycle refresh, so the high-performance SUV could potentially debut at the 2020 Geneva Motor Show in early March. 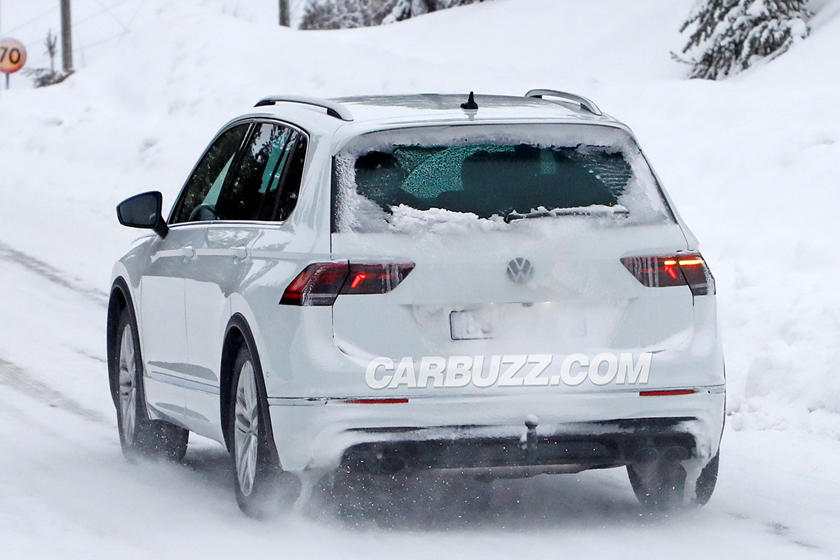 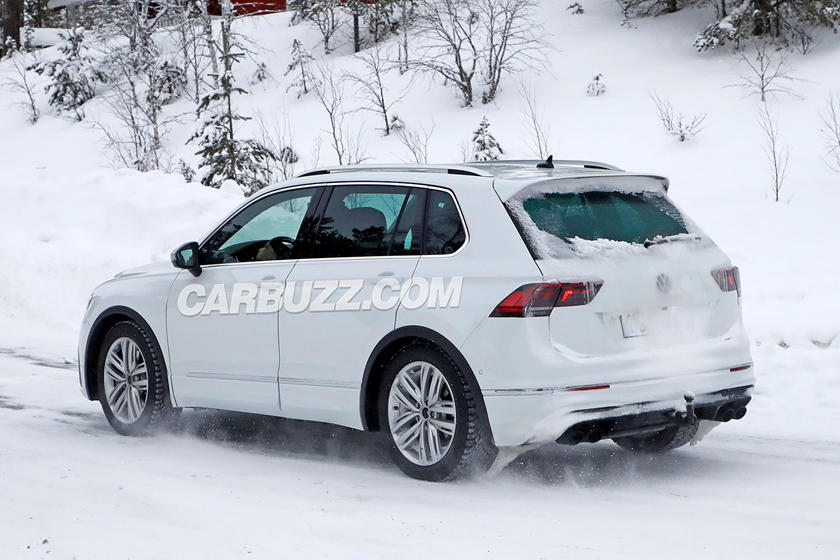 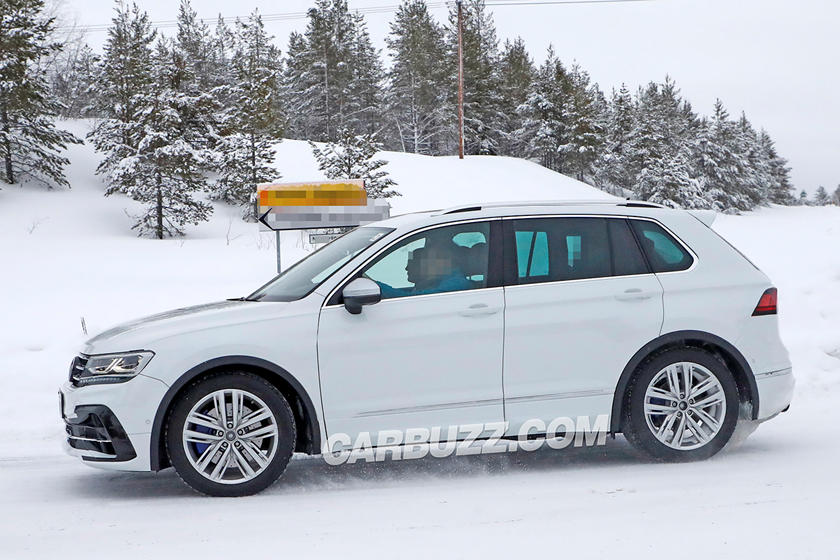 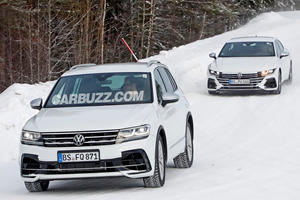 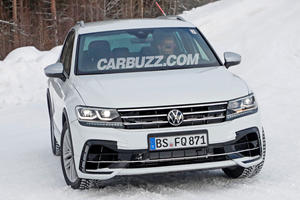 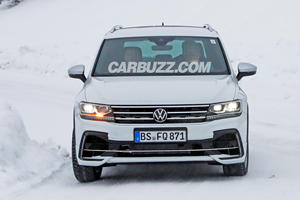 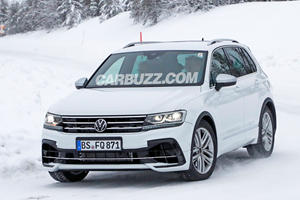 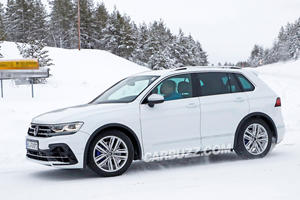