The time has come for the Disco to receive a facelift.

Now that the all-new 2020 Land Rover Defender has launched, Land Rover is focusing on updating other current models in its lineup. Since the current Land Rover Discovery has been on sale since 2017 and hasn't received any major changes, the time has come for a midcycle facelift.

We've already seen prototypes of the updated Land Rover Discovery Sport undergoing testing, but this is our first look at the refreshed version of the regular Land Rover Discovery. The current model's softer lines are a drastic departure from its predecessor's boxier design. While this new look has been divisive for long-time fans of the midsize SUV, don't expect the upcoming facelift to feature any major exterior design changes.

Shown in photos captured by our spy photographers, the updated Land Rover Discovery is at an early stage of testing. The prototype undergoing testing has a covered-up grille and camouflage applied to the body below the windows, but the front bumper appears to be the old one. This will likely change as development progresses.

We're expecting the facelifted Discovery to feature minor design changes including revised headlights and taillights and tweaked front and rear bumpers to make the off-roader look more modern. Inside, the interior is covered up, suggesting there will be some design changes and upgraded equipment such as an updated infotainment system.

We're expecting some more significant changes under the hood. The current Land Rover Discovery is offered with a choice of two V6 engines, including a 3.0-liter supercharged V6 gasoline engine with 340 horsepower and 332 lb-ft of torque, and a 3.0-liter turbo V6 diesel producing 254 hp and 443 lb-ft of torque. Both powertrains are paired with an eight-speed automatic sending power to all four wheels.

Like the new Defender, the facelifted Discovery could be offered with a 48-volt mild-hybrid system. A more efficient plug-in hybrid variant is also expected to join the lineup with a similar setup as the Range Rover Hybrid and Range Rover Sport Hybrid. Judging from its current state of development, we're expecting the Land Rover Discovery facelift to debut later this year or sometime next year and go on sale as a 2021 model. 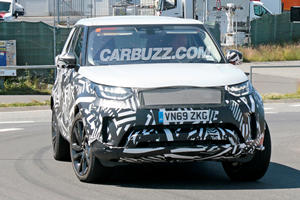 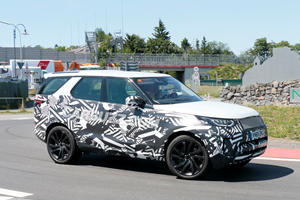 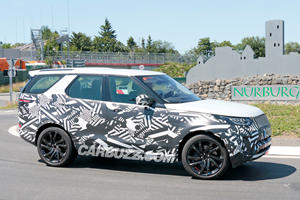 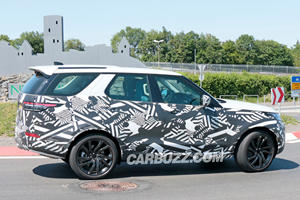 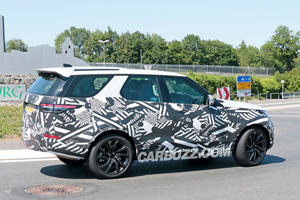 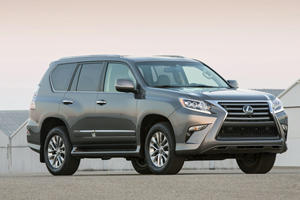 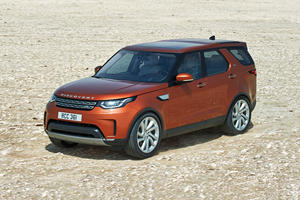