The next-generation Mercedes GLC has been spied multiple times over the last year, but this week we finally got our first glimpse at the new high-performance AMG GLC 63. Only a few days later, the new, more accessible Mercedes-AMG GLC 43 has been spotted for the first time in the wild. It may not be badged as a GLC 43 for the new generation, however.

According to rumors, the AMG C43 will be replaced with a C45 for the C Class lineup. If that's the case, the new high-performance GLC will also get the 45 moniker since it's effectively a crossover version of the C-Class Sedan.

There are a few telltale signs that we're looking at the less powerful AMG model. The prototype lacks the enormous brakes we saw on the GLC 63 prototype, although they are still larger than the brakes on the regular GLC for better stopping power. The GLC 63's squared exhaust pipes are also replaced with round ones.

Under the hood, the current GLC 43's twin-turbo 3.0-liter V6 will be replaced with a 2.0-liter turbo four-cylinder engine. The current model's V6 generates 385 hp and 384 lb-ft and is paired with a nine-speed automatic, but the new version should have over 400 hp, despite having fewer cylinders.

The new GLC 63, on the other hand, will get an electrified 2.0-liter turbo four-cylinder rumored to produce 650 hp - a significant upgrade over the current model's 469 hp and 479 lb-ft output.

Mercedes has not hinted when the new GLC will arrive. Given how long Mercedes has been testing it, the regular Mercedes GLC could debut later this year or in early 2022. Since testing of the AMG variants has only just started, it's going to be a longer wait for the new AMG GLC 43/45 and 63. After the regular GLC debuts, the hotter AMG variants will likely arrive later next year and go on sale for the 2023 model year. 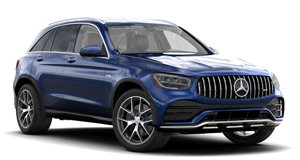 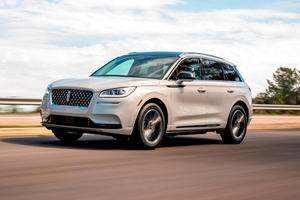 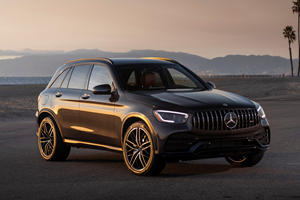 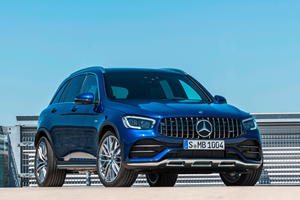 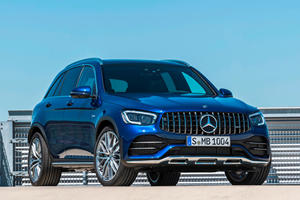