Ford And VW's Biggest Concern Has Been Resolved

A bitter trade dispute was resolved at the last minute.

What could have been a huge problem for Ford and Volkswagen's future electric vehicle goals in America has been resolved, though it required immense political and corporate pressure. Bloomberg reports South Korean electric vehicle battery makers, LG Chem and SK Innovation have reached a $1.8 billion settlement regarding an intellectual property dispute. Here's the basic background: the US International Trade Commission sided with LG Chem earlier this year when it alleged SK Innovation stole trade secrets.

However, SK had already committed to building a new battery production plant in Georgia which not only would have provided 6,000 new manufacturing jobs but also supply batteries for the upcoming Ford F-150 EV and the domestically-built Volkswagen ID.4.

The USITC's ruling would have forced SK to close the plant before it even opened plus a 10-year battery import ban. President Biden had until Sunday (today) to overturn the ruling but preferred to see the sides reach an agreement on their own.

Resolving the dispute was not only critical for Ford and VW, but also for the Biden administration's agenda to advance electric vehicle production and consumer sales. There's already a semiconductor chip shortage partially due to a reliance on overseas production and automakers are now lobbying Biden to create a more localized chip supplier network. Carmakers simply cannot rely on battery production happening outside the US, and Ford and VW must now be breathing huge sighs of relief.

Failure for the two battery suppliers to reach an agreement also could have put the US at a disadvantage against China for the EV transition. SK's new Georgia plant will not only supply Ford and VW, but will become America's largest non-captive plant, meaning it will be able to provide batteries for other automakers.

As for LG, it's currently building a new plant with General Motors in Ohio that will be in addition to its Holland, Michigan facility. LG plans to invest $4.5 billion in the US by 2025 and will hire 10,000 new plant employees. Having critical EV components built close to vehicle production plants and the creation of thousands of new jobs could not have been placed at risk over a trade dispute, plain and simple. 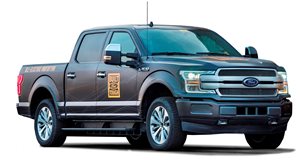