Also, there's a response to the response...

We recently reported on the Detroit Free Press's investigation that concluded Ford had "knowingly launched two low-priced, fuel-efficient cars with defective transmissions and continued selling the troubled Focus and Fiesta despite thousands of complaints and an avalanche of repairs." Inevitably, Ford has now issued a response in the form of a press release. Following the usual words you expect about caring about customers, Ford then claims "that reporting includes conclusions that are not based in fact, which risks misleading customers about the safety and dependability of their vehicles."

The release then goes on to explain: "The DPS6 was an all-new transmission made by a company named Getrag and introduced in 2011 and 2012 on Fiesta and Focus models. It was designed to improve the fuel economy of those vehicles. In the development process, the DPS6 successfully completed extensive pre-launch study, testing and refinement. This process is universally applied at Ford. Vehicles are not launched until they reach key development milestones."

The DFP is having none of this though and makes some notes in response to the response. That includes pointing out that internal documents from Ford clearly said that "at implementation readiness the DPS6 program had open hardware, software and calibration issues. Several of these issues were present throughout the development process, preventing clean passage through GPDS (Global Product Development System) gateways." DFP then explains that, according to engineers affiliated with Detroit automakers, "implementation ready is an advanced engineering term meaning ready to be used for a production vehicle program."

DFP also points out that the internal Ford document states that "issues increased rather than declined," as the product headed towards launch.

Ford also addresses injuries and accidents alleged to be caused by sudden acceleration with the claim that "we have not seen that occur with the DPS6 and are not aware of evidence that would validate cause-and-effect in these cases."

The bottom line is that Ford is not backing down and is standing by the vehicles and equipment in question and claims to "remain diligent and accountable in developing products and services that best meet the needs and interests of consumers." However, this whole mess could get even messier as US Senators are also calling for a federal investigation into Ford over the issue. 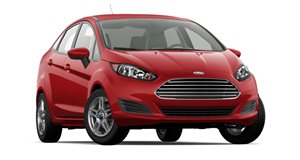