Ford Has Another F-150 Surprise On The Way?

Before the next-gen truck arrives, there's more fun to have.

Last month, Ford unveiled its 2020 F-Series Super Duty Tremor Off-Road Package. According to the Blue Oval, this is the most off-road capable Super Duty it has ever built. Buyers can select this package on the upcoming 2020 F-250 and F-350 XLT, Lariat, King Ranch, and Platinum trim levels with varying levels of Power Stroke diesel power. Think of this Tremor Package as the Raptor version the Super Duty trucks never received, and it will compete directly against the Ram Power Wagon. But why should the Tremor Package only be reserved for the Super Duty trucks? Apparently, Ford asked itself that very question and there was only one answer.

According to Ford Authority, the automaker is seriously considering a Tremor package for the F-150 as well. We've reached out to Ford for additional clarification/comment and we'll update this space if we receive a reply.

Although we're merely speculating at this time, it would make complete sense for a potential F-150 Tremor to feature much of the same equipment as its Super Duty counterparts. Large Goodyear Wrangler Duratec tires, a two-inch suspension lift, a Dana limited-slip differential, running boards, and skid plates are all very likely. But wait, wouldn't the F-150 Tremor rival the F-150 Raptor? Possibly.

Think of the Raptor as a powerful desert stormer whereas the Tremor is more of a rock-crawler. Ford Authority's sources claim a final decision has not yet been made, but it certainly hasn't been ruled out. In fact, Ford is reportedly already testing F-150 Tremor test mules.

However, because the next-generation F-150 isn't too far out, Ford may instead decide to simply wait with the Tremor package. It really depends on how strong the market currently is for an F-150 slotted between the FX4 light off-road package and the hardcore Raptor.

Above all, Ford cannot create internal competition for the Raptor. An F-150 Tremor would likely be less expensive and potentially could cannibalize Raptor sales to a certain degree. It really boils down to packaging and pricing. 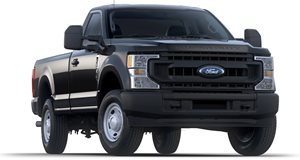