Ford Has Another Mustang Mach 1 Secret

With a total of 480 horsepower on tap and a legendary nameplate, the 2021 Ford Mustang Mach 1 is guaranteed to be a smash hit for the automaker. It will also take the place of the Mustang Bullitt within the lineup. Although it has yet to be confirmed, rumor says it'll also take over for the Mustang Shelby GT350. However, there was one critical piece of information Ford did not mention when the Mach 1 was revealed earlier this month: how many examples will be built. All Ford has previously said is that it'll be a limited edition model.

Muscle Cars and Trucks reached out to Ford seeking a more specific answer. Mustang marketing manager Jim Owens stated the following: "On limited editions, we don't announce the actual numbers that we're going with. We do say it's 'limited', it will be a good seller, but it's still going to be a limited edition… it's going to have a unique chassis badge and that's kind of how we do it. We don't really announce the numbers up front."

Given that, it's reasonable to assume Mach 1s will be built to order. As long as there's demand, Ford will keep building them. It was a similar situation regarding the Bullitt, though Ford made it clear at its reveal that anyone who wanted a Bullitt would be able to get one.

The number of Mach 1s will also probably depend on the status of the GT350. Ford has yet to provide specific details regarding the 2021 Mustang lineup, but we expect that information to arrive shortly.

In any case, the current sixth-generation Mustang is quickly approaching the end of its production cycle. The seventh-gen, codenamed S650, is due to arrive for 2022. It's highly expected the next Mustang will offer a hybrid powertrain, but an all-electric variant is still not confirmed.

In the meantime, the 2021 Mustang Mach 1 will go on sale next spring. 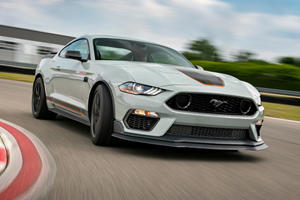 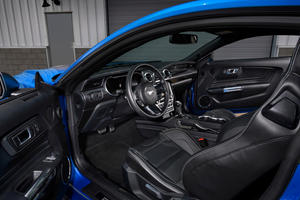 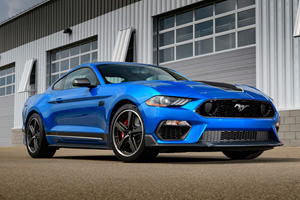 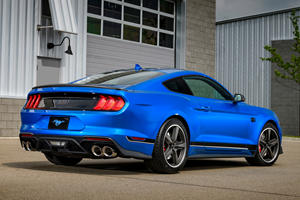 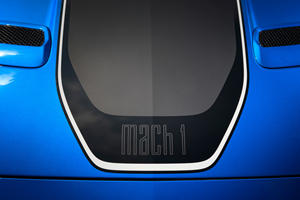