Time to take on Tesla.

The all-new Ford Mustang Mach-E will be arriving in dealerships this fall and already there are reports of dealership markups. We've also recently seen a leaked pricing guide which revealed some interesting features, among them a Tesla-rivaling battery pack. Needless to say, the Blue Oval's first-ever all-electric vehicle from the ground-up has been greeted with huge interest and very well could become a massive success. Time will tell.

For now, it appears Ford has begun offering APR financing deals and promotional leases. Cars Direct got a hold of a bulletin sent to dealerships late last week indicating the Mach-E is now eligible for 0.9 percent APR for up to 48 months through Ford Credit. Those who prefer a 60-month loan will have a 1.9 percent rate. Want to spread those payments even more? No problem. There are also 72- and 75-month rates at 3.9 percent and 4.9 percent, respectively.

Now, it's important to know these are, for the moment, regional offers only available in the following areas: Atlanta, Boston, Chicago, Charlotte, Dallas, Denver, Houston, Kansas City, Los Angeles, Memphis, New York, Orlando, Philadelphia, Phoenix, San Francisco, Seattle, and Washington. There's another catch: not all Mach-E trims are included. The only ones that currently qualify are the Select, California Route 1 Edition, and Premium. The former two will arrive early next year while the latter is due this year. The performance-focused Mach-E GT, which won't be available until next spring, is not included.

Leasing one of these Mach-E trims may not be the best decision for now. The current lease rate is 2.25 percent APR with 36- or 48-month lease periods, but the problem is that other factors, such as residual values, remain unknown.

Financing a Mach-E might also bring some attractive rebates. In some areas of the country, Ford is offering a $1,000 rebate called the "Select Vehicles Options Retail Bonus Cash."

But here's where it gets even more interesting: there's a $2,500 rebate in the following regions/cities: Boston, Los Angeles, New York, Philadelphia, Pittsburgh, and San Francisco. Another question is whether or not Ford intends to pass along the entire $7,500 federal tax credit on leases. In any case, the fact that Ford already has some rebates in place indicates they want Mach-E sales to get off to an excellent start.

It's also worth noting Tesla no longer has federal tax credits available for buyers, but Ford does. Expect to see Ford point out this fact in advertising campaigns very soon. 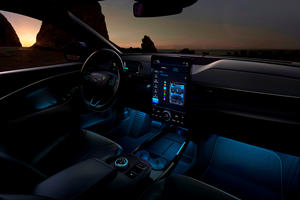 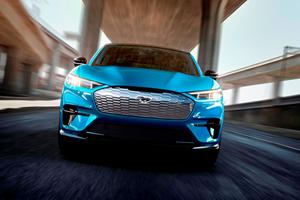 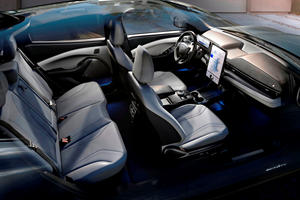 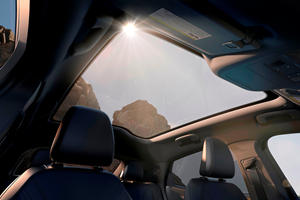 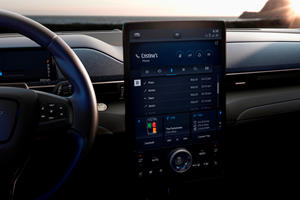