Ford Pays Tribute to Shelby and His Mustangs

We all know the man, but now learn a bit more about how Shelby added his special touch to the Mustang.

It's hard to believe that it's been over a year since the great Carroll Shelby moved on to that never ending highway in the sky, but his legacy and memory still very much live on. The man who helped turn the original Ford Mustang from a secretary's car to one of the most bad ass muscle cars on the planet seemed to always have two things on his mind when it came to cars: speed and high-performance. Whether it was on the race track at Le Mans or at any given stoplight, Shelby wanted the cars that bore his name to stand out.

And what he gave us were greats such as the GT350, GT500 and the GT500KR "King of the Road." Despite his failing health towards the end of his life, Ford managed to produce a video tribute to both Shelby himself and the awesome Mustangs he helped create.

All The Amazing Supercars Coming In 2022
Now Buzzing 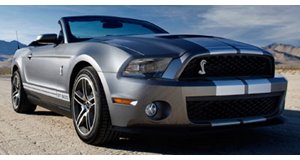