It took over 50 years for the Mustang to arrive in Europe, and now Ford wants to introduce more US models to its European lineup. Currently, Ford is the only American-owned manufacturer that operates in the European market. Speaking with Autocar, Ford's European boss Stuart Rowley believes that utilizing its American heritage will help Ford stand out in the European market. "Ford is the only American brand in Europe now and that's a unique position that we can build upon," he said. "A lot of people are attracted to some of those characteristics and only Ford can bring products like that to the market."

Ford made the bold decision to kill every passenger car apart from the Mustang in its US model lineup, allowing the Blue Oval automaker to focus on expanding its range of SUVs and crossovers. Now, we're starting to see this strategy applied in Europe.

After being in production for over 30 years, the Ford Mondeo, which was badged as the Ford Fusion in the US, is being killed off in favor of new SUVs like the Mustang Mach-E and the popular Puma crossover, which outsells the Fiesta hatchback in the UK and Europe. "You're seeing the Ford portfolio change in Europe as we make the shift and grow further in utilities [SUVs]," said Rowley.

"Going forward we'll have a more differentiated, more opinionated portfolio of passenger vehicles, that will all be electrified and we'll build experiences around them."

Ford's focus on SUVs and electrification could be bad news for driving enthusiasts in Europe and the UK - potentially, the Focus ST and Fiesta ST could be living on borrowed time after they were discontinued in the US.

Ford also recently launched the new Explorer Hybrid in select European markets and it's selling well according to Rawley, despite the large SUV being designed primarily for the US market. The Ranger Raptor, which is not sold in the US, is also proving popular overseas. "Who would have thought that would resonate with European customers?" he said.

There's still one model that's notably absent in Ford's European lineup, however: the Bronco. Since it doesn't meet European emissions targets, Ford has no plans to sell the Bronco outside of the US. However, there's a good chance the long-rumored plug-in hybrid Bronco will come to select European markets like the Explorer. Ford CEO Jim Farley also hinted that an electric version of the Bronco is in development - this could be the only way the Bronco can be sold in the UK. 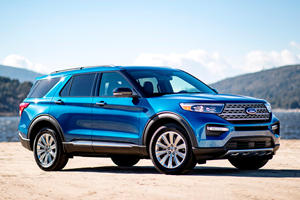 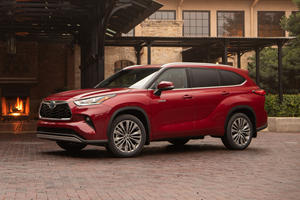