Prepare to spend lots of time on the internet.

The 2021 Ford Bronco is already a smash hit and not a single customer vehicle has rolled off the assembly line yet. Ford decided to double the number of Bronco First Editions (priced at about $60,000 a pop) due to unexpected demand, and, as of last week, a rumored 230,000+ reservations have been placed, each requiring a refundable $100 deposit. Ford, however, has just confirmed 150,000 reservations, but it's still too early to know how many of those will translate into actual sales. But with high demand comes an extended delivery wait time.

Ford admitted some customers won't receive their SUVs until early 2022. The first Bronco customers will still have to wait to take delivery until next June, assuming there aren't any delays. However, there's still one thing missing from Ford's official website that Bronco shoppers are desperate to check out: the online configurator.

Unfortunately, this function wasn't available in time for the Bronco's launch, but Ford Communications Manager Mike Levine has just confirmed on Twitter the configurator will up and running by September and it's fair to assume this will be for both two-door and four-door models. The Ford Bronco Sport configurator is already online. Levine further mentioned that Bronco order books will officially open in December. It's no surprise the Bronco is already very popular.

Priced from $28,500 for the base two-door and $33,200 for the four-door, all Broncos offer a cool mix of retro styling and modern-day touches inside and out.

Like its Jeep Wrangler arch-rival, the Bronco features a removable roof and doors. Off-road enthusiasts will particularly appreciate the available seven-speed manual gearbox and its unique crawling gear. Unfortunately, the hardcore Sasquatch off-road package will initially only be offered with a 10-speed automatic, but Levine previously hinted the company is open to feedback on this subject. Bronco shoppers will also be able to choose more than 200 factory-backed accessories in addition to the standard trims. Hopefully, those accessories will be part of next month's configurator launch.

Get ready to spend hours building your dream Bronco. 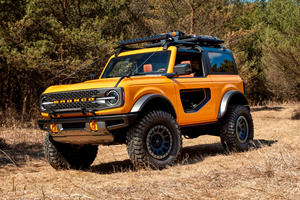 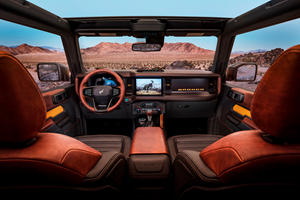 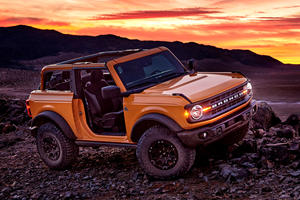 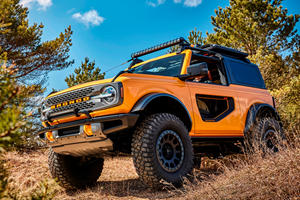 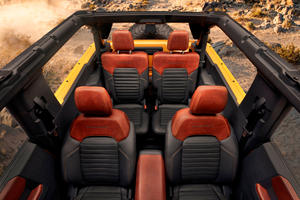