We're talking everything from ultra-rare Ferraris to the McLaren F1.

We all know that "Forza Horizon 3" will include some of Australia's coolest and rarest cars. What we didn't know is how the game's classic car selection would stack up. Well, now we know, and boy is it awesome. Developer Playground Games released yet another list of cars that we can virtually drive in the upcoming racing game. A total of 14 new cars were announced, with most of them focusing on classic road and rally cars from a bygone era. This most recent release brings the total car count announced so far to over 200 models.

Some of our favorites from this most recent release include: the 1985 Ford RS200 Evolution, 1997 McLaren F1 GT, 1969 Jaguar Mk II 3.8 and the super-rare and uber-expensive 1948 Ferrari 166 MM Barchetta. Of the handful of modern cars included in the release we are definitely fans of the 2011 BMW 1 Series M Coupe and 2015 Lexus RC. The third installment in the Fora Horizon franchise will be set in Australia and feature some of the franchise's most outrageous and impressive backdrops and landscapes to date. For those of you who want a deeper dive into the full car list, you can check it out on the official site of the game. 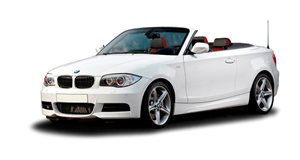