French Automaker PSA Will Make Decision About US By Spring

Will French cars finally make a comeback to the US market?

French cars haven't been sold in the United States for several decades, but that could change with the return of the PSA Group that builds Peugeot, Citroen, and DS, and recently purchased Opel from General Motors. Last year, PSA Group announced its triumphant return to the US and has recently reaffirmed its plan. In order to test the market, PSA arrived with a ride-sharing service that uses cars from other brands.

The next step involves using Peugeot cars for the ride-sharing service before eventually selling them. However, Automotive News reports that PSA still hasn't quite made up its mind on how it wants to sell cars in the US market.

In fact, PSA hasn't even decided which of its brands will be sold in the US. DS has been the most likely candidate because of its strong SUV and crossover lineup. In the coming months, the French automakers will be making the final decisions for which brand will arrive in the US and how they will be distributed. The most likely option is a traditional dealership franchise model, though nothing has been confirmed. If PSA does choose to open traditional dealerships, it needs to keep costs low to ensure profitability.

The whole decision to come back to the US has been made more difficult because of looming trade tensions. After levying a 25% tariff against China, President Trump threatened a similar tax on European vehicles, which could threaten PSA's return. We should hear PSA's decision in the spring of 2019 but the cars won't actually arrive until 2026. Expect a mix of crossovers and sedans, likely with electrified drivetrains. This is good news because we love some of the designs that have come out recently from Peugeot and DS. 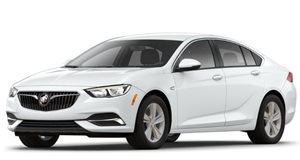