Apparently, it's not worth the effort.

A report claiming Hyundai Motor Group ended R&D for all internal combustion engines circulated earlier this week and, knowing this automaker, no one should be surprised. Like Ford and General Motors, Hyundai Motor Group, consisting of the namesake Hyundai division, Kia, and Genesis, has a long history of developing technologies, like powertrains, in-house. Also like those Detroit legacy companies, Hyundai is all-in regarding electrification. Its R&D teams have been re-tasked with electric motor and battery development. At one point, hydrogen fuel cell tech was on that list but apparently no longer.

According to The Korean Car Blog, citing a South Korean newspaper, Hyundai has stopped the development of a hydrogen fuel cell Genesis model originally planned to debut in 2025.

Canceling the project, and hydrogen development in general apparently doesn't have anything to do with finances but rather because the tech itself fell short. Company officials were not impressed by what the R&D team presented. Rather than investing more time and money into something clearly not ready for series production, pulling the plug (for now) was deemed the wiser choice.

"The development of the Genesis hydrogen car has been going on for about a year with the goal of a four-year development period, but it has been stopped due to a problem with the third-generation fuel cell," said a company official familiar with the situation.

This doesn't mean that Hyundai is disregarding hydrogen technology entirely. It's just putting it on the backburner for now. Originally, Hyundai and the South Korean government had a goal of selling 130,000 hydrogen cars annually by 2025, and 80,000 by 2022. Clearly, that's not going to happen. As of last month, Hyundai sold a little over 20,000 hydrogen-powered vehicles, such as the Nexo. It seems the company has determined its best bet is with battery electrification.

The Hyundai Ioniq 5 and Kia EV6, both utilizing the E-GMP dedicated EV architecture, are already on sale and the Genesis GV60 is not too far out. Another all-new EV platform is in development. Whether it can be accommodated to handle hydrogen fuel cells is unknown but probably no longer matters. 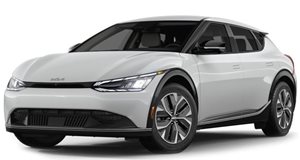 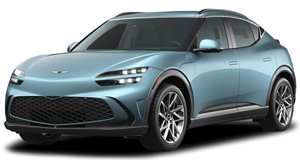