The ADAC wants to wean Europe off of Russian gas.

Motoring organizations and car clubs generally encourage people to drive more and sometimes hold events to celebrate being on the open road. But while that's long been the case worldwide, Europe's largest motoring association is making suggestions to the contrary. Executives at Germany's Allgeemeiner Deutscher Automobil-Club (ADAC), recently penned an open letter to members, urging them to reduce fuel consumption and help ween the country off Russian oil.

After Russia invaded Ukraine in late February, many governments, including the US, sanctioned the country and many of its most prominent citizens. The sanctions included all manner of financial and business limitations, and many companies are voluntarily leaving the country, but a decrease in Russian gas imports is the change that will impact most everyday Europeans. It's also being felt here, as the invasion cause a spike in fuel prices.

ADAC offers dozens of services, from mobile mechanics to Germany's largest ambulance helicopter fleet. The organization also tests fuel economy and provides car buying advice, so it's not surprising to see a letter on how best to proceed when fuel supply disruptions seem imminent.

The letter also notes that members should take a hard look at which journeys absolutely require a car and says that driving should be the last option whenever possible. ADAC encourages members to take public transport, bike, or walk to their destination instead of driving.

As Russia's invasion of Ukraine rages on, the realities of Europe's dependence on Russian fossil fuels have come into sharp focus. Before the war, up to 40 percent of Europe's gas flowed from Russia, but many already wanted a cutoff from the country's oil. The transition to alternate sources will be challenging and has led to energy-related loopholes built into the numerous sanctions levied against the Russian government and citizens. Germany is one country taking advantage of the loopholes, as some companies there have been allowed to continue purchasing gas.

Many Automakers in Europe have committed to going all-electric, including Ford, Volkswagen, Audi, and BMW. Some cities have banned or are considering banning gas vehicles from certain areas, so the wheels of change have been turning for quite a while. Ford says it has nine EVs coming to the continent by 2024, including the Ford Mustang Mach-E SUV and E-Transit van.

There's no telling how much longer the war will drag on or how much worse its brutality will become. However, it's clear that at least some in Europe are ready to shift away from Russia to other sources, but it will take time to establish those alternatives. In the meantime, ADAC will continue coaching its members on saving fuel and driving carefully. 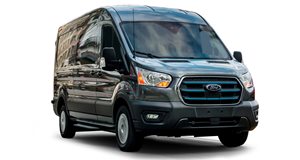 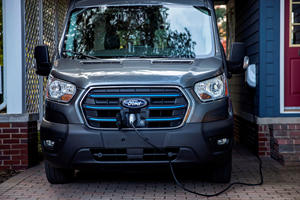