Get A First Glimpse Of Hyundai's Wacky New Electric Model

Based on the Hyundai Concept 45.

Back at the 2019 Frankfurt Auto Show in September, Hyundai showed off a new electric vehicle called the Concept 45. The concept took inspiration from a 45-year-old Hyundai model called the 1974 Hyundai Pony Coupe Concept and was built to preview the company's upcoming electric vehicle design. Just a few short months after the concept was revealed, Hyundai has been spotted testing the first camouflaged prototype of the production car.

Hyundai currently offers two electric vehicles - the Kona Electric and Ioniq Electric - both of which are also offered with gasoline-powered variants. We expect this new model to be the first Hyundai model to be sold exclusively as an electric vehicle (not counting the hydrogen fuel cell Nexo).

Not much is known about what this new model will be called but we expect it to ditch the '45' name used on the concept for a moniker that is more in-line with the rest of the company's portfolio. The drivetrain also remains a bit of mystery but our sources say the model seen testing here will include a four-wheel-drive configuration using a smaller motor in the front and a larger, more powerful motor in the rear. Battery range is pure speculation at this point but we'd be shocked if this new model didn't offer a noticeable improvement over the Kona's 258-mile electric driving range.

There is still too much camouflaging to get a great sense of what the production car will look like but it should take design cues from the concept and tone them down a bit. It appears as though the production version will ride higher than the concept, which was styled to be a mid-point between a hatchback and a crossover. Given the popularity of crossovers right now, we'd be shocked if Hyundai offered a hatchback version when it reached production. Expect to see an official reveal sometime in 2021. 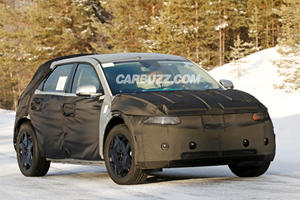 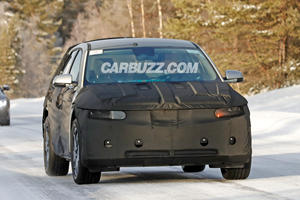 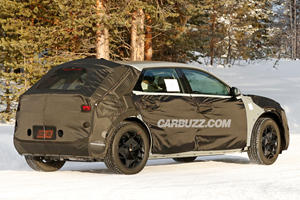 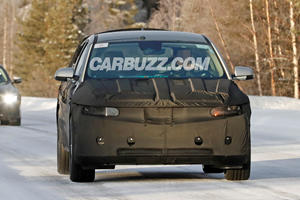 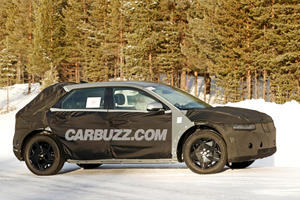