Get Ready For The Most Extreme McLaren Senna Yet

From the same firm that converted the McLaren P1 GTR for the road.

It was 25 years ago when the McLaren F1 GTR famously raced to victory at the 1995 24 Hours of Le Mans endurance race. To celebrate the anniversary of this historic achievement, McLaren recently unveiled the 720S Le Mans special edition. Limited to just 298 examples representing the number of laps the F1 GTR completed, the special-edition McLaren 720S can be finished in either Sarthe Grey or McLaren Orange and features special five-spoke LM wheels inspired by the wheels fitted to the F1 GTR.

The celebrations won't end there, however, because Lanzante, the UK-based racing team that operated the original F1 GTR, is launching a new special edition series McLarens that pay homage to the F1 GTR.

In a post on Instagram, Lanzante announced it will be building seven new special-edition 'LM 25 Edition' McLarens to mark the 25th anniversary of the F1 GTR's history. The company hasn't confirmed which model each LM 25 Edition will be based on, but there's a good chance they will be based on the McLaren Senna. Lanzante has a history of converting McLaren P1 GTRs for the road, so they could do the same for the McLaren Senna GTR.

In stock form, the track-only McLaren Senna GTR produces 814 hp and 590 lb-ft of torque from a 4.0-liter twin-turbocharged V8. That's already 25 more hp than the regular Senna, but the LM 25 Edition could get a power increase, along with more extreme aerodynamics and a special paint job. This is pure speculation, however, because Lanzante hasn't announced any more details, but the teaser suggests the reveal isn't far away.

The LM 25 Edition might not be the only road-legal version of the McLaren Senna GTR, either. Last year, leaked photos showed a street-legal Senna GTR dubbed the Senna LM finished in orange as a homage to the McLaren F1 LM that was built to celebrate the F1 GTR's Le Mans victory. Unlike the street-legal McLaren P1 GTRs that were converted by Lanzante, reports claim this version will be built by McLaren Special Operations. 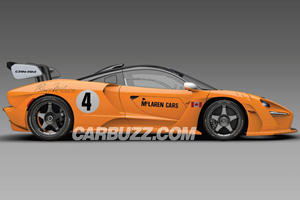 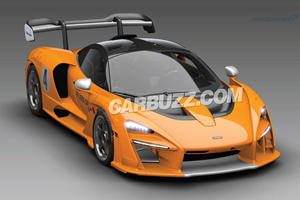 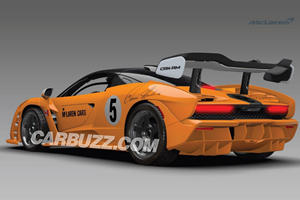 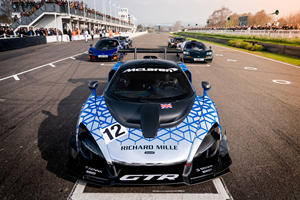 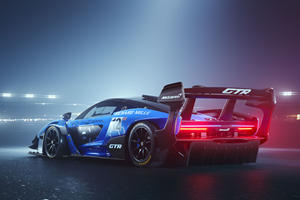