All good things come to an end.

The automotive industry has had a good run, but CNBC reports that global car sales are expected to see their biggest decline since 2008. Two countries are being blamed for falling car sales: China and the US. Demand is simply down, which is not good considering China is the world's largest auto market. The report goes on to claim global car sales are expected to fall by about 3.1 million units this year, a bigger drop than in 2008.

"The downturn in the global car market since the middle of 2018 has been a key force behind the slump in global manufacturing and the car sales picture is turning out a lot worse than we expected back in May," said Brian Coulton, chief economist at Fitch Ratings.

Global passenger car sales, including the highly popular Toyota Corolla and Ford F-150, fell last year to 80.6 million, compared to 81.8 million in 2017. China alone is responsible for a significant chunk of that. In the first 10 months of this year, new car sales in China fell by 11 percent compared to the same time in 2018. What's causing this? Some analysts attribute the new car sales decline to a rise in used car sales as well as new emissions standards. Ride-hailing services such as Uber and Lyft also contribute to the drop.

Back in the US, GM, Ford, and Honda have all cut back on new vehicle production. Last year, Honda Accord production was slowed following dealer complaints of bloated inventories. Other countries and regions, specifically Brazil, Russia, India, and Western Europe are expected to see new car sales declines, too.

Industry analysts don't expect 2020 to be an improvement. At best, according to Coulton, "the auto outlook is pointing to a stabilization… rather than any sharp rebound." What can automakers do about this? They need to avoid overproduction but also build enough to meet demand. It's not as simple as it may sound. Another option is to make efforts to boost sales by offering attractive rebates and financing options, but doing so could lead to decreased vehicle values down the road. 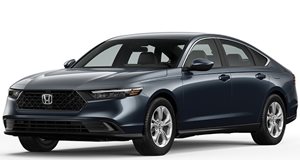