The lack of semiconductor chips is a huge problem.

General Motors has announced it has no choice but to keep several of its manufacturing facilities closed for an extended period due to a lack of semiconductor chips. Automakers in most parts of the world are currently experiencing a lack of these chips, an essential component for things like Bluetooth connections, driver-assist features, and built-in infotainment systems. They're the same chips found in our smartphones, tablets, and laptops, and a majority of them are made in China. And therein lies the problem.

There's been a shortage for several weeks as a result of numerous factors, among them the previous US administration's trade war with China and a major sales increase of personal electronic devices during the lockdowns forced by the pandemic.

The new Biden administration announced efforts last month to combat this by re-examining the nation's supply chain but making vital changes, specifically localized production, takes time. General Motors is running out of time. The shuttered facilities are located throughout North America, including the Fairfax Assembly and Stamping plant in Kansas City, Kansas, home to the Cadillac XT4 and Chevrolet Malibu.

Additional affected plants include one in Ontario, Canada that assembles the Chevrolet Equinox, and another in San Luis Potosi, Mexico. It also builds the Equinox along with the popular Trax and GMC Terrain. Another plant in Brazil that builds the country's most popular model, the Chevy Onix, will experience downtime until sometime in May.

"GM continues to leverage every available semiconductor to build and ship our most popular and in-demand products, including full-size trucks and SUVs for our customers," the company said in a statement. "GM has not taken downtime or reduced shifts at any of its truck plants due to the shortage."

Trucks are GM's cash cow. A couple of its truck plants were forced to temporarily close last month due to a major winter storm that brought severe cold. These are now back up and running. GM closed off by saying that its "intent is to make up as much production lost at these plants as possible." 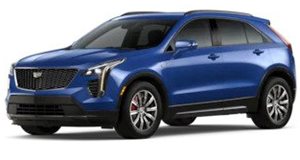