It's probably not the one you're expecting.

Maybe it's just a sign of the times, but when it comes to trust, it seems like consumers are straying away from larger more established entities and putting faith in the underdogs. Think about it. Many large automakers, like Volkswagen, General Motors, and Nissan, have been embroiled in scandals. And even automakers that haven't been implicated are at risk of being seen as untrustworthy if they focus solely on quality and satisfaction and don't strive to have a more personal relationship with the customer.

At least that's what the recent Trusted Automotive Brand Survey conducted by AMCI Global found when it sampled over 2,500 car owners. And the winner among the luxury automakers? It was none other than Alfa Romeo, according to Automotive News.

It may be strange to think about FCA's mid-range luxury brand as more trustworthy than segment heavyweights like Mercedes and BMW, especially considering that quality is typically a major concern across FCA brands, but Alfa Romeo's score of 51 on a 100-point scale was enough for it to beat the competition and take the lead. According to AMCI, a lot of that has to do with Alfa Romeo's new business model that emphasizes giving consumers control over the experience.

"The focus on satisfaction and quality is all about making sure there are no negatives, and the industry has done a great job at this over the last couple of decades," said Ian Beavis, chief strategy officer of AMCI. "That's why satisfaction alone is not enough. It takes integrity and empathy to build the emotional bond of trust that leads to loyalty and advocacy."

Empathy and integrity are apparently attributes customers also see in Honda, which took the spot of most trusted mass-market auto brand thanks to the level of concern it showed for customers during the Takata fiasco. Honda was far from the only automaker affected by the airbag scandal, but it was the way that the automaker approached the situation that helped it come out ahead. "In many instances, it's not what you do, it's how you do it that builds or erodes trust," said Beavis.

While brands like Mazda and Hyundai both improved on their scores, BMW, Infiniti, and Tesla all saw drops in their rankings. However, AMCI still thinks that every automaker, even the winners, could stand to improve. It noted: "The industry has shown a slight improvement overall in Trust Index, but it should be noted that the median score is still 33 (up from about 28 in 2018) on a 100-point scale and all brands scored roughly between 20-50 points on the 100-point scale. The same can be said separately about both luxury brands and mass-market: Median is up a few points, but still a long way to go." 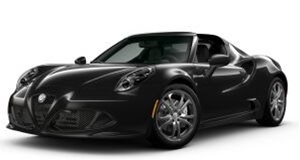