If the concept shown at SEMA is anything to go by, Vaughn Gittin Jr.'s take on the F-150 will have at least 600 hp.

At last year's SEMA show, RTR, a Ford performance division founded by professional drifter Vaughn Gittin Jr. who recently showed off his hooning skills in his new Ford GT, presented the F-150 RTR Concept. Unlike the hardcore F-150 Raptor, which has a twin-turbo EcoBoost V6, power was provided from a supercharged V8 that produced 600-hp.

Now, one year after the concept was revealed, RTR (Ready to Rock) is gearing up to launch a production version of the potent F-150. It will go on sale in Q1 2019, but details are extremely scarce for now. However, the concept gives us a good idea what to expect.

RTR parts will also be available to purchase separately if you want to customize the 2019 F-150 with specific components without committing to the full package. While RTR has focused on tuning Mustangs in the past, Gittin Jr. has been planning to branch out into the pickup segment for a long time.

"I am a longtime fan of the entire F Series line up and the new 2018 F-150's are just mind-blowing on all fronts," Gittin Jr. said during the concept's reveal. "Expanding RTR into the Ford F-150 model has been a goal since day one. It has been amazing seeing my vision of the RTR Muscle Truck come to life with RTR's unique modern aggressive styling and multipurpose functionality becoming reality." 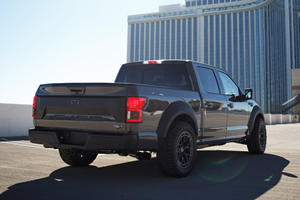 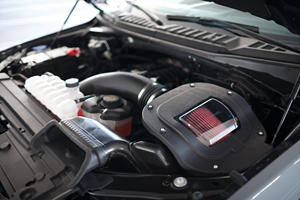 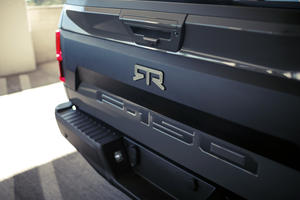 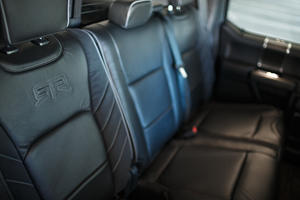 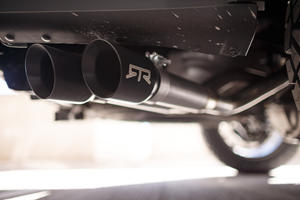