Could it influence development of the upcoming GTI TCR?

"For the past four years we have been racing with the Jetta. Since the Jetta is no longer offered in right-hand drive markets, we had to find an appropriate successor and that is where the idea to use the Golf 8 GTI came from," said Martina Biene, Head of the Volkswagen Brand.

"Even though the Golf 8 GTI will only be officially launched and available from South African dealers in 2021, we wanted to use this opportunity to showcase the Golf 8 GTI's performance attributes ahead of the local market introduction."

Two Golf 8 GTIs will compete in the GTC1 class, driven by 2019 GTC champion Keagan Masters and 2016 GTC2 champion Daniel Rowe. Whereas the regular road-going Golf GTI produces 245 horsepower and 273 lb-ft of torque, the GTI GTC has an increased output of 268 hp. Power is delivered through a six-speed M-Trac sequential gearbox. Compared to the road car, the GTI GTC racing car includes an all-new chrome-moly tubular chassis, which is stiffer and lighter than the previous GTC car. Other race modifications include a prominent front splitter, a huge rear wing, and a roll cage.

All cars that compete in the GTC series require a common chassis, running gear, tires, suspension, and other components. "Even with five manufactures competing in the GTC series, it is one of the most premier circuit racing series in Africa due to its competitive nature. It is a tough championship to win, so consistent scoring of points at every round is very important," said Mike Rowe, head of Volkswagen Motorsport.

The Golf GTI TCR has always had a history in motorsport, so we see no reason why international series like this won't contribute to the forthcoming high-performance machine. Recent test mules show the TCR will likely be much tamer in the looks department, but should pack a pretty hefty punch in terms of performance. 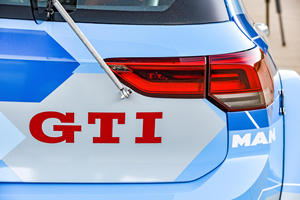 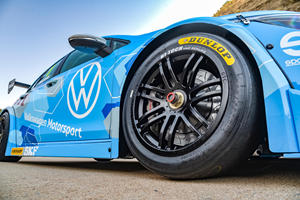 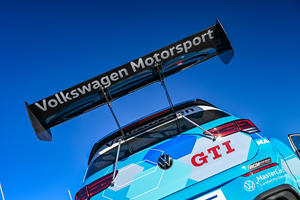 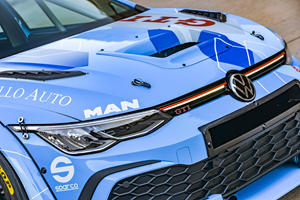 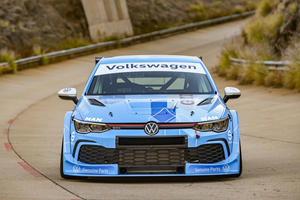