Has The Dodge Journey Finally Reached The End Of It Journey?

And what about the Grand Caravan? The Durango?

The Dodge Journey has been around since the 2009 model year. Although it has undergone a few updates over the years, namely much higher in quality new interior, the Journey is not competitive against the latest crossovers. What the Journey has going for it is an affordable base price ($24,340 with destination) and optional three row-seating. It's a decent amount of vehicle and packaging for the money. But still, it can't hide its age. Speaking with Motor Trend, FCA passenger car brand chief Steve Beahm admitted that not only is the Journey likely living on borrowed time, but so is the Grand Caravan and, possibly, the Durango.

All three vehicles in question "have a role through the '19 model year. We don't talk much beyond that. But being America's performance brand, long term, (some of the vehicles) may not fit." Asked outright whether the Grand Caravan is a goner, Beahm said: "We haven't announced the end of production. It's going to be through the 2019 model year, like the Journey, at this point."

Based on those statements, it sure sounds like 2019 could very well be the final model year for both the Journey and Grand Caravan. Dodge only kept them both around because of their respective affordable pricing, but now that the Chrysler Pacifica has arrived and minivans sales, in general, are losing to three-row crossovers, the death of the Grand Caravan makes sense.

The Durango SUV, however, is still selling well enough. For 2019 it'll be receiving a few updates, such as the new GT trim, which allows buyers to have a V6-powered Durango with some of the exterior styling of the V8 model. Last year, Dodge sold a total of 67,761 Durangos. For comparison, 240,696 Jeep Grand Cherokees left dealership lots. However, the Durango is still a money maker, thus the likelihood it'll stick around a little while longer. The current Grand Caravan, however, dates back to 2008.

Both it and the Journey were the products of Chrysler pre-bankruptcy and FCA. Various Dodge officials, such as Beahm, have gone on record stating the brand will continue with its performance image while it gradually sheds its family vehicles. Chances are the Journey and Grand Caravan won't be around much longer. 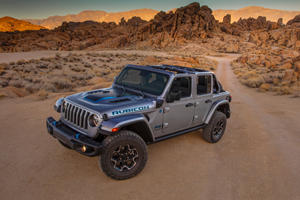