Which is your favourite Fast and Furious car? There's plenty to pick.

With The Fate of the Furious now in cinemas and already breaking box office records just days after its release, there's no better time to revisit the eight-part franchise which has spawned some of the most iconic movie cars of all time. As this video posted by Variety shows, more thought goes into the car selection and building process than you might think. Car coordinator Dennis McCarthy is the mastermind behind all the cars that feature in the franchise, and provides an interesting insight into the backstory of every single one of them.

Like in real life, each car reflects the owner's personality. Lead character Dominic Toretto is usually seen behind the wheel of a burly muscle car like a Dodge Charger, while Brian O'Connor has a penchant for imports such as the Nissan Skyline and Subaru Impreza.

Arguably the most iconic cars starred in the first film – think of The Fast and the Furious, and chances the lime green Mitsubishi Eclipse and orange Toyota Supra will spring to mind. While the series has abandoned its street racing roots in favor of becoming a globe-trotting action series, the cars have always remained the stars – even if the characters are now essentially superheroes, rather than street racers. We'd argue that the cars are too disposable in the recent entries, though – when you know a hero car will get swapped for something else in the next scene, it's hard to get attached to any of them. Still, if you're a hardcore Fast and Furious fan, this 18-minute long video is well worth your time. 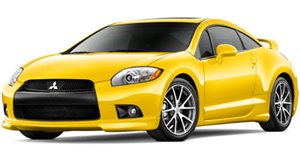