Here's A Porsche Taycan That Costs $60

This may be the next best thing for your (inner) child.

Porsche is expected to reveal the finished, production version of its forthcoming Taycan at the 2019 Frankfurt Motor Show this September. That's still nearly half a year from now. So what's an eagerly awaiting, tree-hugging Porschephile to do in the meantime?

This could be our answer. It's a slightly smaller version of the Mission E concept that previewed the Taycan at the same Frankfurt show back in 2015, and is built on Zuffenhausen's behalf by another German manufacturer. Like the real thing to come, it runs strictly on battery power – and you can actually drive it.

The miniature show car is made by Playmobil – the famous and prolific plastic-toy company based in Zirndorf, just a couple of hours east of Porsche's headquarters in Stuttgart (and three hours south of its second site in Leipzig).

The downsized vehicle has an electric motor on board, powered by seven AAA batteries. Don't ask us how much muscle it produces, but you can bet it's less than the circa-600 horsepower we're expecting from the real thing. It even comes with a little charging station (just for show), and a remote control so you (or a smaller member of your household) can operate it.

Unfortunately at less than a foot long, you'll have to do so from outside the vehicle. It has two seats, but they'll only fit Playmobil's usual 1:24-scale figurines. It even comes with one, replicating Rex Dasher, the secret agent who drives the Mission E toy in Playmobil: The Movie that's set to reach theaters this August.

Auctions
This Is The Most Stylish McLaren Senna We've Seen Yet

Luxury
2021 Mercedes S-Class Will Be One Expensive Limo 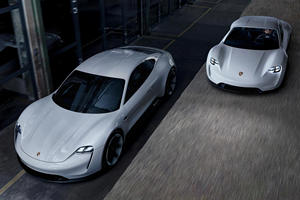 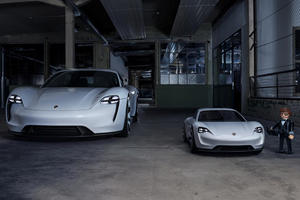 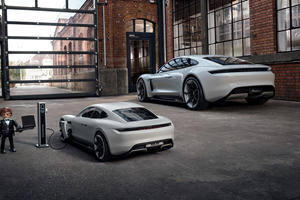 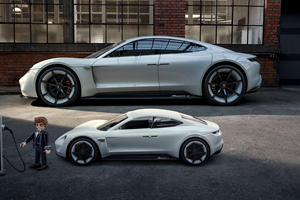 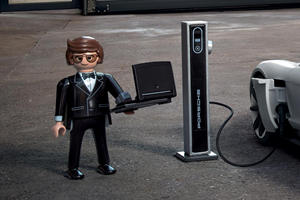