VW has been deliberately making people carsick – for research purposes, of course.

While the various safety concerns of fully autonomous cars have been well publicized, there's another drawback to self-driving cars you probably haven't considered: motion sickness. Around a third of people are affected by motion sickness according to VW, but the problem could become more common when people become passengers in autonomous cars. VW has been conducting research to find out what can trigger car sickness and figure out potential ways to prevent it in the future when autonomous cars become mainstream, which VW believes will happen within the next decade.

Motion sickness occurs when there is confusion between the motion your eyes see and the motion your body feels. This happens most often to passengers because the driver is ideally paying attention to the road and knows what's about to happen next, allowing their brains to predict the car's motion.

Volkswagen conducted tests at a track, by placing a volunteer wearing various sensors and cameras designed to measure pulse, skin temperature, and even changes in skin tone, in the passenger seat of an Audi A4 sedan. The sedan's Automatic Cruise Control was then set to follow a semi-autonomous Passat for 20 minutes, with the Passat stopping and starting over and over again.

During the test, a tablet was secured to the dashboard playing a video of a swimming fish for the volunteer to watch. The visuals were chosen instead of a blockbuster film to "help avoid triggering any emotions such as tension or happiness that could skew the data". The volunteer was asked to rate their state of health on a tablet, and it didn't take long for it to change. "I didn't think I was that sensitive, but I felt queasy after just a few minutes," the volunteer said. Yes, that's right, VW is deliberately making people carsick - for research purposes, of course.

So what is the solution? VW's says changes applied to the vehicles could help prevent motion sickness, including special movable seats that can react to driving changes and an LED light strip on the door panel that illuminates in green and red, providing a visual cue for the passenger of braking or acceleration.

VW says studies have shown that these inventions have "already had some initial success," but further studies are in the pipeline. Future plans include examining not only the longitudinal forces that passengers feel when braking and accelerating, but also the transverse forces when taking corners 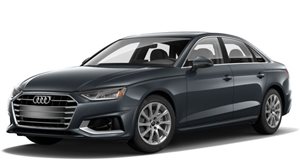