Here's Your Weekly Industry News Roundup: May 20th - May 26th

Here are this week's most interesting auto industry news bits.

We want to make sure you know about what's happening in the automotive world, but there's often a lot of boring and irrelevant news that many people just don't care about. How important is it really to know when a car has been given a new exterior color? Yeah we know, bland. This new weekly segment is all about filtering out that borderline useless industry news and bringing you the more interesting stuff in a brief and to the point write up. Here's are some industry highlights from this past week:

Shelby Supercars tops Edmunds List of Top 100 Supercars Should we be surprised in the least? Perhaps not, but we're betting that Bugatti isn't too thrilled with this. According to a survey from Edmunds' Inside Line, the 2009 SSC Ultimate Aero is the most powerful car ever. With a total output of 1,287hp, it placed ahead of the 2010 Hennessey Venom GT (1,200hp at 6,500 rpm) and the 2011 Bugatti Veyron 16.4 Super Sport (1,200hp at 6,400 rpm), which came in second and third respectively. The SSC Ultimate Aero can go from 0 to 62 mph in less than 2.8 seconds and has a top speed of 257 mph.

Guy Fieri to Pace Indianapolis 500 in Corvette ZR1 Expect to see celebrity chef Guy Fieri behind the wheel of a 638hp 2013 Chevrolet Corvette ZR1 at this year's Indianapolis 500. The race will be taking place this Sunday May 27th at noon EST. In addition to being brilliant in the kitchen and hosting his own show on the Food Network, he's also a car guy. He not only owns a Lamborghini Gallardo and a Cadillac Escalade, but also seven Chevrolet models that date as far back as 1968 and as current as 2011. All in all, an excellent choice for both driver and car.

Chrysler Recalls Wrangler Over Fire Risk Just as Jeep's global popularity reaches new heights, something like this just had to come along. Chrysler is now recalling automatic transmission-equipped 2010 Wranglers due to a problem regarding the transmission skid plate. The plate, which is designed to protect parts from rough terrain, can somehow collect debris near the catalytic converter, leading to a potential fire. All told, some 67,872 Jeeps are affected. The automaker is contacting owners in order to replace the skid plate with a skid bar free of charge. So far no injuries have been reported.

BMW 3 Series is a Top Safety Pick in the U.S. and Europe The newly launched 2012 3 Series is a winner no matter where it seems to go. Not only does it deliver in the performance and luxury departments, but in safety as well. The iconic model has just been awarded a top safety pick from the IIHS (Insurance Institute for Highway Safety) in the U.S. as well as being awarded with a 5-star EuroNCAP rating. The latter tested the 320d model, but BMW claims that the entire F30 sedan lineup will have the same excellent results. Could this car be any more perfect?

Subaru Tribeca Reportedly to Be Cancelled by End of 2012 Should we even be the least bit surprised? Although the Tribeca is a solid car in and of itself, its sales numbers simply don't translate over. According to a Subaru source, the automaker has decided to end production of the Tribeca by the end of this year. Originally called the B9 Tribeca when launched in 2005, the crossover's original front end design was quite awkward which probably never helped it win many fans. Build quality was always fantastic, but a tight third row and even better competition never allowed it to be a sales winner.

Mazda Completes Work at Ford's Flat Rock Plant The big Mazda news this week was the announcement regarding their upcoming partnership with Fiat. However, Mazda is also wrapping up production of the current Mazda6 sedan at the Flat Rock Plant in Michigan. The sedan and the upcoming redesigned model will be solely built in Japan. Why the change? Ford's stake in Mazda is now only 3 percent as opposed to 25 percent when they first began working with them in 1979. Mazda originally built the plant (which also builds the Mustang) in 1985 to build the RX-7 and B-Series pickup truck. 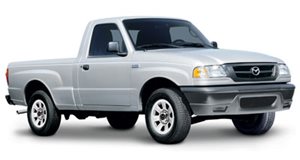