Lotus CEO is suspended, an earthquake strikes at the heart of Italian supercar production, and Chrysler will soon only build one minivan.

As we go into summer, most automakers use the time to re-tool factories for upcoming redesigned and/or refreshed models. Still, that doesn't mean there's been a lack of interesting industry news. Once again, we've gathered what we felt were the most relevant industry news that we hope everyone will enjoy. Like we said last week, this new segment won't be covering news that only dealerships really care about; this is for those who want to know what's happening in the global car world.

Lotus CEO Dany Bahar Suspended: Earlier this week it was announced that Dany Bahar, CEO of Lotus Group, has been "temporarily suspended from his role, to facilitate an investigation into a complaint about his conduct." No exact reason(s) were given, but The Daily Telegraph reported that expenses were the reason. Both sides aren't talking, pending the investigation. In the meantime business will continue as usual at Lotus where production resumed earlier this month. Day-to-day management is now being handled for now by a team of DRB-Hicom administrators.

German Tuning Firm Carlsson Bought by Chinese Company: Chinese automotive mega dealer Zhongsheng Group Holdings, LTD. has announced that they have acquired a 70 percent stake in German tuning firm Carlsson Autotechnik GMBH. The reported reason was that they want to be a part of the rising demand of customized bodies and tuned engines that wealthy Chinese car enthusiasts are spending large amounts of money on. Also this past week, the tuner launched their China-only CGL 45 SUV that costs the equivalent of $389,000.

Fisker Claims Over $100 Million in Revenue So Far in 2012: Despite some financial and reliability issues bringing some bad PR, Fisker Automotive has announced they have had over $100 million in revenue in the first quarter of 2012, with 1,000 vehicles being delivered to customers in the U.S. and Europe. That vehicle is the Karma, which bases at $103,000. Although the automaker was approved for $529 million in U.S. Energy Department loans, Fisker only withdrew $193 million before access was suspended due to their failure to meet technology and production deadlines.

RIP Jeep Compass and Chrysler Town & Country: Fiat-Chrysler CEO Sergio Marchionne has just announced that his company will soon build only one minivan, the Dodge Grand Caravan, beginning in 2014. The idea is to reduce overlap between brands and the Town & Country didn't make the cut. The Town & Country name may still live on in the form of an "upscale crossover" that will take the place of the minivan in Chrysler's future lineup. In addition, Marchionne stated that the Jeep Compass will also be getting the axe because it's too similar to the Jeep Patriot. We doubt anyone will miss it.

Earthquake in Italy Forces Ferrari, Lamborghini, Maserati Shutdown: A deadly 5.8-magnitude earthquake shook northern Italy this past Tuesday which also forced the temporary shutdown of some of the country's premiere supercar makers. Ferrari, Lamborghini and Maserati shut things down Tuesday in order to make sure there was no damage to their facilities. Sadly, 16 people have been reported dead so far. Ferrari has temporally relocated some of their production activities to other area facilities. This is the second earthquake to strike the region in the last month.

BMW to Offer M6 With a Manual in the U.S. BMW has just announced they will in fact offer a six-speed manual transmission on the M6 coupe and convertible for U.S. buyers only. The first cars to arrive will only have a dual-clutch unit and those wanting three pedals will have to wait until 2013 or 2014. BMW is offering this option partly due to the backlash from U.S. buyers when they couldn't get a manual on the previous M5. Interestingly, European enthusiasts are beginning to favor the dual-clutch gearbox in sports cars while (some) Americans are still pushing for the traditional manual. 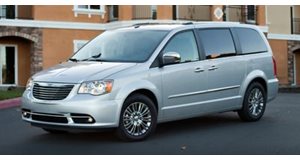 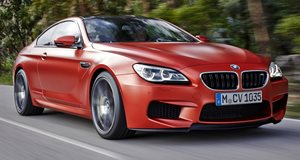