Honda Civic Type R To Be Revealed Sooner Than We Thought

The camo is coming off. Finally.

The Honda Civic might not have the greatest reputation in the US (most see them as loud, obnoxious, and the leading cause of teen pregnancy - a joke), but the Type R name holds a lot of weight. The Type R has been around since 1997 but only arrived in the US in FK2 form, based on the ninth-generation Civic. This means that we lost out on all the great high-revving naturally-aspirated versions, but it turns out Honda knows how to build a turbocharged hot hatch, and the all-new Civic Type R promises to be the best one yet. Last week we reported that the new car would make its US debut at the Indy 200 in July, expected to still be sporting camouflage. But now we've received word that we'll get to see it in all of its uncloaked glory before that, suggesting what we see in America come July will be the fully unwrapped product.

According to Honda Australia director Stephen Collins, that will soon be the case. "The new Civic Type R will be shown in full in June during the European summer," he confirmed to Car Sales Australia. He didn't go into much more detail relevant to any other markets, but we already know a fair bit about the Type R.

Honda has been releasing teaser images of the new Type R for what feels like ages, but they have all been of a heavily camouflaged car. Honda even used a camouflaged car when it beat the old Type R's record at Suzuka, and Honda fans across the globe are frothing at the mouth to get an only-fans-level peak at the new Japanese performance car. From what we've seen, expect an evolutionary rather than revolutionary design. 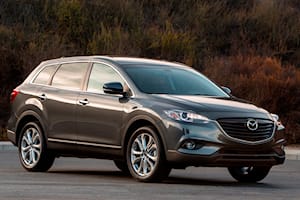 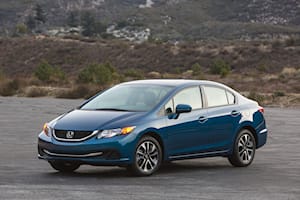 When the new car is revealed later in 2022, it is expected to pack a mildly re-tuned version of Honda's impressive turbocharged 2.0-liter Earth Dreams engine, which currently produces 306 horsepower and 295 lb-ft of torque. Power will be sent to the front wheels via a six-speed manual transmission, but rumors of an automatic option have been spreading.

When the new Type R arrives, it will go head to head with another JDM bombshell, the Toyota GR Corolla. The GR Corolla packs a 1.6-liter three-cylinder engine but still boasts a power output of 300 hp and 273 lb-ft, and to top it off, an all-wheel-drive system. The FWD Civic should hit 60 mph in the low five-second range and could top out at more than 171 mph if the old car is anything to go by.

US fans can see the new car in action at the Mid-Ohio Sports Car Course in Lexington, Ohio between July 1 and 3.