Honda Finally Realizes No One Wants Civic Sedans In Japan

A decision has been made.

The Honda Civic has been the Japanese automaker's signature model for decades, a huge success story in many global regions, including the US. Today's tenth-generation compact coupe, sedan, and hatchback date back to 2015 and a recent refresh will keep things going for the near term. However, the Civic sedan, already being outsold by crossovers such as the CR-V, is officially being discontinued in its home market of Japan.

Automotive News has confirmed Honda of Japan has made the final decision due to embarrassingly slow sales. How embarrassing? Only 1,619 units were sold there last year, compared to 250,000 N-Box minicars, its best-seller.

The Civic lineup, including the sedan, remains popular in the US. Despite the sedan's discontinuation, the Civic hatchback and Type R will continue to be sold in Japan, even though they're both imported from the UK.

Interestingly, this isn't the first time Honda has dropped the Civic sedan in the Japanese market. Back in 2010, Honda decided not to offer the sedan for its domestic market because of the desire to shift towards smaller vehicles. However, because the current Civic had such an extensive and bold redesign a few years back, Honda decided to give it another shot. Clearly, it didn't work. What's the reason? Sedans just aren't popular any longer.

Remember, this is the country where the ultra-mini Kei cars have dominated the market for years. Japanese consumers see tiny cars as premium vehicles and the Civic has grown in size over the years.

It's important to understand the Japanese auto market, in this sense, is very different from the North American market where sedans, despite a segment-wide slowdown, still remain popular enough to justify their existence. Even though Ford has dropped them entirely, rival brands such as Honda view that as an opportunity.

Eventually, Focus and Fusion owners will need new cars and Honda aims to be there when they do. However, we can't help but see the irony in the fact the Civic is no longer popular in the country where it originated back in 1972. 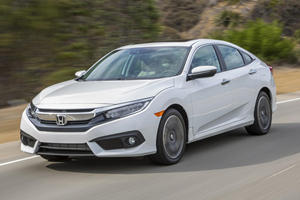 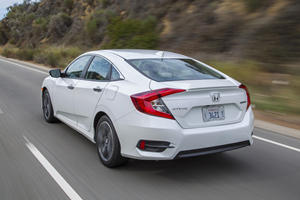 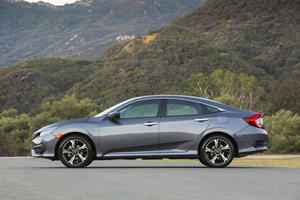 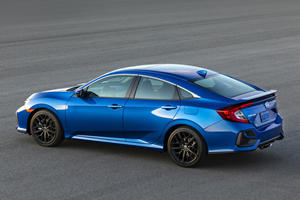