Honda Has Every Chance Of Returning To Formula One

Masashi Yamamoto expressed sadness about the brand's departure from the sport.

Japanese automotive giant Honda bowed out of Formula One at the end of last year, after a rich and varied history in the world's most respected motoring sport. The brand did leave on a high note, with Red Bull's Max Verstappen clinching the most recent drivers' world championship.

Honda, who first worked with McLaren and ultimately, AlphaTauri and Red Bull, is exiting F1 in order to focus on the company's goal of carbon neutrality. Among other initiatives, the Tokyo-headquartered brand has introduced a slew of eco-friendly offerings, including the Accord Hybrid, Clarity Fuel-Cell vehicle, and Insight.

Both Red Bull and AlphaTauri will continue to use a Honda-developed power unit this year, but the maker of legends such as the mid-engined NSX supercar has officially left.

While the brand itself has not commented on a potential return to Formula 1 in the future, Honda's F1 boss Masashi Yamamoto remains hopeful it will make a comeback.

Speaking to Formula .com, Yamamoto said he hopes the brand will return, but noted that it depends on young people within Honda to convince management to make a comeback. Despite expressing sadness on the brand's departure, Yamamoto said he was proud of Honda's achievements and efforts over the last few years.

"In this, our last season, we have been fighting with very strong rivals and we came out on top of the Formula 1 world."

The carmaker, who supplied engines to Williams and McLaren in the '80s and '90s (and scooped up five drivers' and six constructors' championships along the way) made a return with McLaren in 2015.

Despite a rocky start to the partnership, Honda - courtesy of the hard work from engineers and the F1 team - was able to achieve great results in the end.

"We can say this project has been a success as we leave the sport having helped Max Verstappen win the Drivers' World Championship."

While Honda is making a departure from the sport, Audi and Porsche are reportedly hoping to enter into Formula 1. 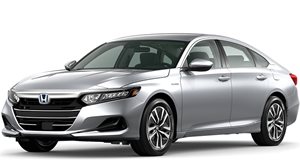