How The President's Car Has Changed Over Time

It's safe to say the president's state car is a lot more advanced than it was over 80 years ago.

Cadillac has a long history of building heavily armored presidential limos, culminating with 'The Beast' that has been transporting President Donald Trump since 2018. But not every presidential limousine was built by Cadillac. With the election fast approaching, Vanarama has researched how official state cars have evolved and advanced over the last 80 years.

Its successor was a 1942 Lincoln Custom, which was the first presidential car to feature protective armor, adding an extra 7,000 pounds to the car's weight. Upgraded brakes were fitted to accommodate the extra heft. In 1950, a Lincoln Cosmopolitan became the third presidential car, featuring armor-plated bodywork and, unusually for the time, extra headroom to accommodate tall silk hats. Power was provided by a 5.8-liter V12 producing 152 horsepower.

Four variants of the Lincoln Continental were used between 1961 and 1972, but the SS-100-X is the most infamous for being used during the assassination of President Kennedy. Consequently, it was the last open-top car used for presidential service. After the assassination, the car was upgraded with titanium armor plating, a bulletproof permanent hardtop and glass.

A Cadillac Fleetwood became the first Cadillac-badged presidential limousine in 1983 and was only used by Ronald Regan. Powered by a 6.0-liter V8 generating 140 hp, the Fleetwood featured raised roof and seats, armored bodywork, heavy-duty brakes, and bulletproof glass. Its successor was a Lincoln Town Car, which was used from 1989-1993 and featured a modified powertrain to cope with the extra weight from the armored bodywork.

Replacing the Lincoln Town Car was a Cadillac Fleetwood in 1993. Since then, Cadillac has built every presidential service car. Compared to past presidential cars, the Fleetwood was more technologically advanced, equipped with telephones, internet access, and satellite communications.

A Cadillac DeVille succeeded the Fleetwood in 2001. While it looks like a DeVille from the front, Cadillac had stopped producing single-frame cars that could be converted into a limousine. This meant the car was custom built using a chassis from a General Motors SUV. At the time, it was seen as the most technologically advanced car in the world, equipped with infrared night vision and bulletproof glass that "blocked parts of the light spectrum".

The next presidential car was introduced in 2005. While the exterior looked like a Cadillac DTS, the car was custom built with five-inch armor plating. For safety, the windows don't open. This is also the fastest presidential car ever built, with a top speed of 151 mph thanks to a 4.6-liter V8 producing 290 hp.

Since it's not based on an existing model, the next president car introduced in 2009 was simply called the Cadillac One. Among the list of security features include five-inch-thick bombproof glass and a sealed interior to protect occupants from chemical attacks.

One of the most unusual presidential vehicles has to be the Ground Force One in 2011, an armored bus designed by the Secret Service for use in remote areas such as Obama's bus campaign through Ohio and Pennsylvania in 2012. It comes equipped with oxygen tanks guarding against chemical attacks, an extra supply of the president's blood ,and an enemy suppression fire system.

Fast forward to the president day, the Cadillac 'The Beast' is President Trump's successor to the Cadillac One. It's fitted with Kevlar-lined tires to prevent attacks that try to slow the car down, a foam-sealed fuel tank to prevent explosions, and state-of-the-art communications systems. According to Vanarama's research, The Beast is valued at around $1.55 million. It's not the most expensive president car, however: that title belongs to President Kennedy's Lincoln Continental SS-100-X, which is worth around $1.74 million adjusting for inflation. 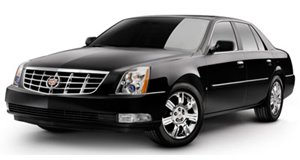