How The TRX Helped Ram Take On The World

Ram is ready to dominate all the truck segments.

There are a lot of question marks surrounding Ram's plans for the future.

As new models like the Rivian R1T, Ford Lightningmand Hyundai Santa Cruz emerge, one has to wonder whether Ram plans on competing in those segments, or simply soldiering forth with the arguably class-leading 1500 in the full-size truck segment. There's also the question around new powertrains, as all of Ram's available engines are getting on a bit.

That's why we were glad to get an interview with Mike Koval, the CEO of Ram trucks. Thankfully, he's a straight shooter.

He almost certainly confirmed a more powerful TRX, after which we moved on to more sensible matters, like the new straight-six powertrain.

In its current state of tune, the twin-turbo straight six produces either 400 horsepower and 450 lb-ft of torque, or more than 500 hp and 475 lb-ft. "By the way, the power and torque we can deliver with this particular power system is better than our Hemi V8," said Koval.

It's worth noting that the Hemi V8 will not be dumped, as the market demand is still there. "And at the end of the day, the consumer wins, with a more efficient, more productive powertrain system."

On the topic of the V8, Koval is clear. He says electrification can't limit its product offerings. In other words, when the EV Ram launches in 2024, the line-up will still include a V6, a Hemi V8, and a twin-turbo straight-six.

Next up, the question on whether Ram will be going smaller. Thanks to the success of smaller trucks like the Ford Ranger and Maverick, and the Hyundai Santa Cruz, it makes sense for Ram to want a piece of that action. Does Koval agree?

"I would say the interest and demand for Ram products globally has never been higher, thanks to the TRX, which acted as a halo model," said Koval. Now that the brand has global strength and the demand, it might start thinking about it.

"One of the beautiful things about being part of a global company like Stellantis is the synergy," said Koval. In essence, Koval has access to all of it. "As CEO of Ram, I'm looking at all of it to find an opportunity to attack."

He named the small pickup trucks in South America, but was very careful to say that he's only using those cars as an example. These examples include the Fiat Strada and Fullback, both of which Koval has access to.

"I don't have anything to announce today, but it's no secret that that particular segment is a large white space opportunity," said Koval. We'll take that as a yes.

Koval's comments on the Ram EV are short, but make a bold statement. "Knowing everything that we know about the EV pickup segment today, our truck will be the best."

The main aim is an EV that better meets customer needs. Existing customers are playing a huge role in the car's development. Koval reveals that Ram's engineers have already made changes to the car as a direct result of customer feedback. It's also keeping an eye on the competition for any unexpected hiccups it can possibly fix before its first full EV.

And Ram isn't just talking to early-adopting city slickers. It approached the entire customer base, all the way to the loner living out in the sticks to find out how it can make a better EV for him.

"Later this year we're launching the Ram Real Talk Tour, and we'll be talking to real workers and people. We're giving our fans the chance to speak to the people actually making the car, and that will very much steer the direction of Ram's EV." 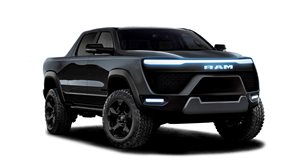 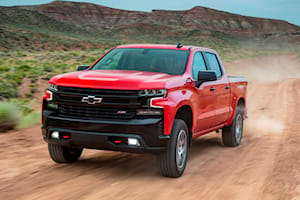