Trust us, it's extremely cool.

It's been several years since Hyundai launched its N performance sub-brand, the results of which have given us the likes of the Hyundai Veloster N and overseas-only i30 N hot hatchbacks. And now it appears the South Korean automaker is on the brink of launching yet another sub-brand and it's full of potential. According to Spanish language website Cochespias, Hyundai is set to announce as soon as tomorrow (Monday, August 10) its new Ioniq sub-brand for future all-electric models. The name 'Ioniq' should sound very familiar to you because it's already in use since 2016.

The Hyundai Ioniq has been and remains on sale as a hybrid and all-electric model. With the imminent launch of the new sub-brand, however, we don't know for how much longer that'll be the case.

Supposedly, under this new sub-brand, Hyundai intends to launch three all-new models over the next four years, called the Ioniq 5, Ioniq 6, and Ioniq 7. They are numerically named even numbers for sedans and odd numbers for SUVs.

That said, the first model, the Ioniq 5, is slated to be the production version of the concept EV 45 concept that premiered last September at the 2019 Frankfurt Motor Show. The Ioniq 6 sedan will be based on the Prophecy concept that launched in March, but it's not set to arrive until 2022. The Ioniq 7 SUV, meanwhile, will be larger than the 5 and will hit the road in early 2024.

It makes complete sense for Hyundai to launch a new EV sub-brand because it intends to become a global leader in electric vehicle sales and technology. For example, it aims to sell 1 million battery electrics and hold a 10 percent market share by 2025. Also by that year, Hyundai wants to become the world's third-largest eco-friendly automaker.

Complete details of the new Ioniq sub-brand are expected very soon and we'll bring you full coverage the moment they're available. 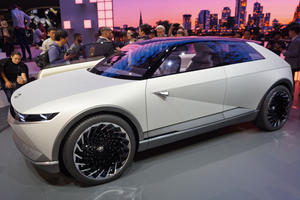 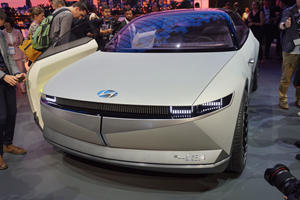 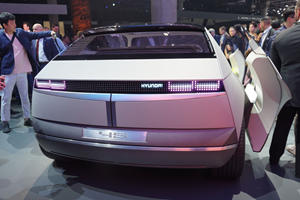 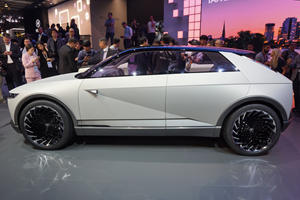 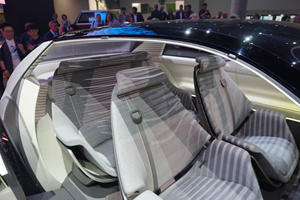