There will be plenty to see next week when the doors open at Detroit's Cobo Hall for the North American International Auto Show, not the least of them the Hyundai HCD-14. The concept car teased in this solitary image is tipped to preview the replacement for the Genesis sedan, a car which has worked wonders for Hyundai as the Korean automaker has catapulted to the fourth largest in the world. As you can see, the HCD-14 concept has a sloppier roofline than the current Genesis sedan. 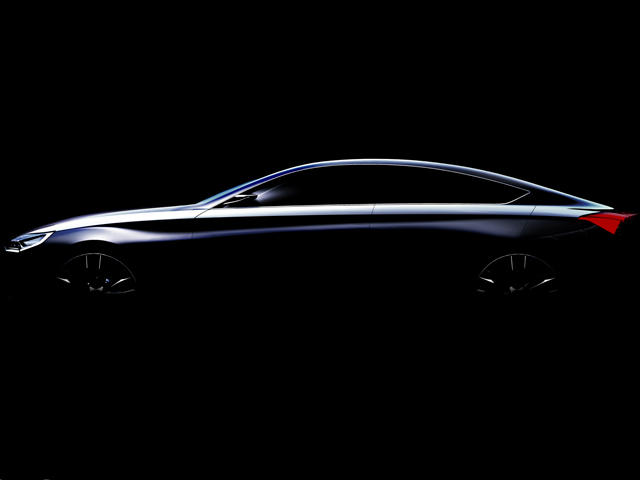 It appears closer in form to the smaller and sleeker Sonata, or for an outside comparisson, to the BMW 6 Series Gran Coupe and Audi S7. The 2014 Hyundai Genesis is expected to continue offering the same 3.8-liter V6 and 5.0-liter V8, mated to an eight-speed automatic (later to be replaced by a new ten-speed) with all-wheel drive said to be in the works as well. Hyundai is also working on a three-dimensional gesture-based control system that will allow users to operate auxiliary systems (like the sat-nav, radio and air-con) through an advanced new interface. 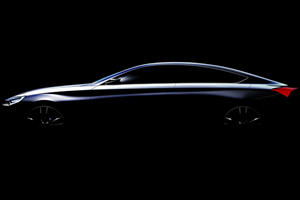