The timing is not a coincidence. It's called leverage.

At this week's LA Auto Show, Hyundai will unveil the US market version of the Kona small SUV. Okay, so it's really a car-based crossover, but nobody who buys one will notice, let alone care. The Kona has already debuted overseas and Hyundai has high hopes for it in SUV-loving America. Chances are, it'll sell well, assuming there'll even be enough of them. According to Automotive News, workers at the South Korean factory that manufactures the Kona have stopped building it.

They're protesting against Hyundai's supposed layoff plans, specifically at that factory. The labor union supporting these workers has warned a fully-fledged strike could be next if an agreement isn't reached soon to secure the workers' employment. The timing of this Kona-only strike is not a coincidence. The union knows how important the Kona is to Hyundai North America's bottom line and its efforts to reverse a sales slump. The union wants to prevent Hyundai from "introducing more automation and outsource more assembly of key section to part makers." Hyundai management claims the union is making "irreverent demands," like adding extra windows inside the factory.

Hyundai also began manufacturing the Kona on a new assembly line last week without consulting the union. The Kona is slated to go on sale in the US early next year, so timing is of the essence. To give you an idea just how much production is being lost right now, Hyundai claims that in just two days alone, there's been a loss of production of 1,230 vehicles. The Kona is the one model Hyundai can't afford to be without. 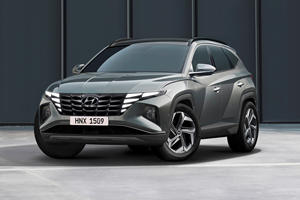