Hyundai has been making some major moves in recent months with the launch of its all-electric Ioniq brand followed by the announcement that its electric Kona broke 600 miles on a single charge. It is clear that the Korean car manufacturer is setting its aim high, and the latest news confirms that: Hyundai has recently teamed up with Aptiv PLC, an expert in autonomous driving to further increase the capabilities of self-driving Hyundai cars under the new banner "Motional".

This move signals a new era for both companies who are aiming to make driverless vehicles safe, reliable, and accessible, and is a show of strength for Hyundai who pledged to spend $1.6 billion on new tech when the joint venture was first announced back in March 2020.

The new venture was launched virtually to employees across the globe and is based in Boston, with teams in Pittsburgh, Las Vegas, Santa Monica, Singapore, and Seoul. The company was created to advance and commercialize autonomous driving.

"Motional, in all of its previous forms, has been leading driverless technology for decades. Our DNA - a combination of Aptiv's expertise in advanced technology and Hyundai's leadership in both vehicle manufacturing and R&D - is uniquely powerful, and positions us to fundamentally change how people move through their lives," said Karl Iagnemma, President and CEO, Motional.

According to Langemma, the pandemic has challenged the global community to rethink how it goes about personal transportation, and Motional wants to be at the forefront of making positive changes in the way people move. Lagnemma added, "We're leaders in this space. We've interacted with more real passengers on real roads than anyone else. Our logo is a bold, strong mark reflective of how we'll continue to confidently lead this industry and the future of transportation."

Motional is currently working on developing and commercializing SAE Level 4 vehicles and will begin testing fully driverless cars in late 2020 with the aim of being able to offer a fleet of robotaxi and fleet operators in 2022. 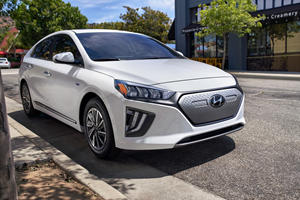