The tuned Model 3 was still faster than a Ferrari F40.

Another day, another Tesla achieving something ridiculous. This time, the subject is a Model 3 Performance lapping the Japan-based Tsukuba Circuit in a blistering time of 1:04.7. On its own, it's a remarkable number but put into context with some of the fastest laps of the circuit, it's even more astonishing. As reported by Teslarati, the tuned Model 3's time now ranks only just behind the mighty McLaren F1, which was a mere one-tenth of a second ahead at 1:04.6.

Okay, so it's not a stock Tesla Model 3. The version in question features several bolt-on upgrades from the guys at Unplugged Performance (UP), but considering that it was riding on street-legal Michelin tires (and in chilly 38-degree temperatures), it's still a spectacular result. In 2019, UP released the Ascension R street-legal racing kit for the Model 3, and it's these upgrades that helped the EV achieve the stunning lap time.

Among the modifications are carbon side skirts, carbon rear diffuser fins, and a carbon rear bumper. The wheels are 20-inch forged superlight items, but you'll probably notice the huge Voltex carbon GT wing first. A coilover suspension kit, carbon-ceramic brakes, and a front/rear sway bar kit with three-way adjustability are other enhancements. Although the tuned Model 3 is owned by Erik Strait, the services of Japanese Ken Negoro (from UP) were employed to set the lap time.

Negoro isn't a full-time racing driver but clearly knew what he was doing as he did 20 test laps of the circuit, which is 1.29 miles long. In fact, before this, Negoro had never before driven a Tesla, but that didn't stop him from setting a time that eclipsed those of the Porsche 911 GT3 (997), the Ferrari F40, and the Lamborghini Gallardo. A Nissan GT-R Nismo remains the record-holder at the circuit with a time of 1:00.3. 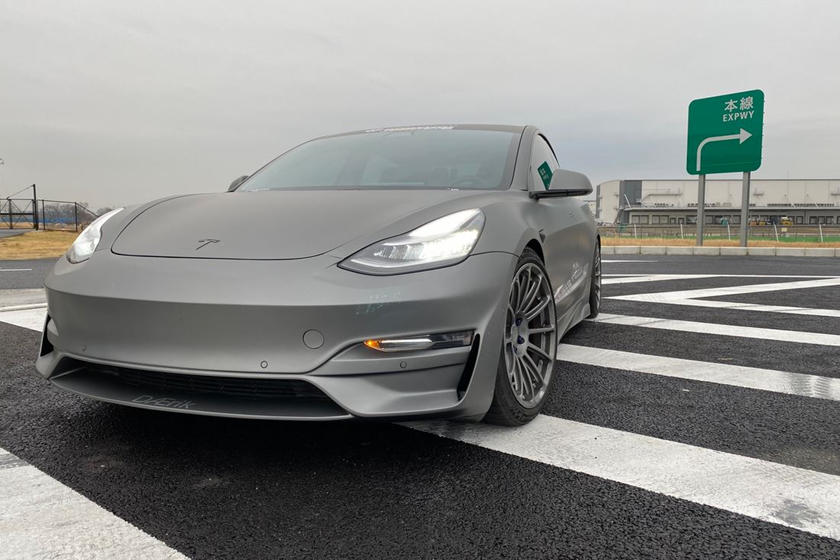 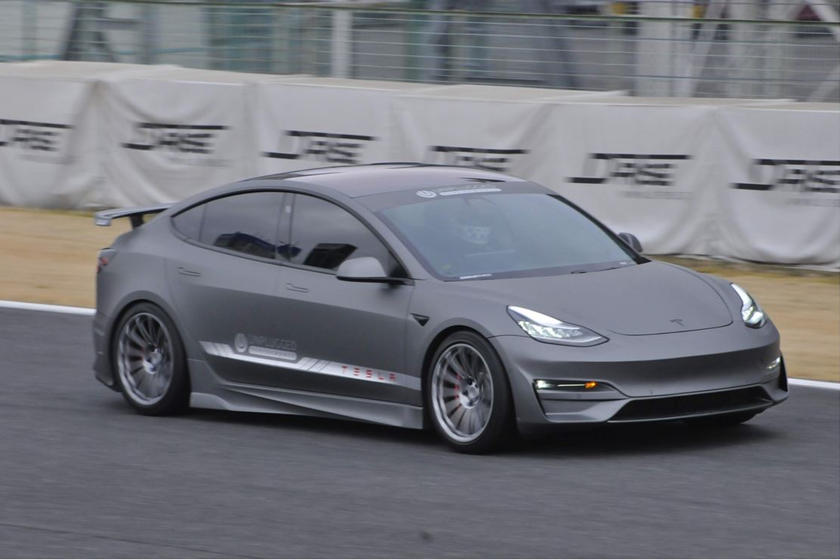 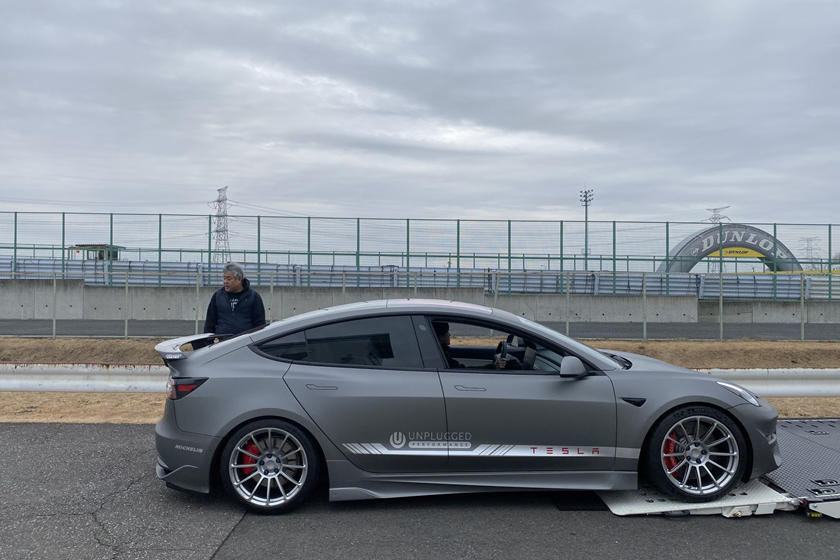 The blistering run took place on January 22 and, according to Negoro, DOT legal semi-slick tires could see this Model 3 set an even quicker time in the range of 1:01. And, despite UP's many upgrades, it's worth noting that there were zero power upgrades. Being an EV, that's no great surprise, but it gives us an idea of just how quick the standard car is. With electric vehicle tech still improving, expect many more civilized - but crushingly effective - track runs in the near future. 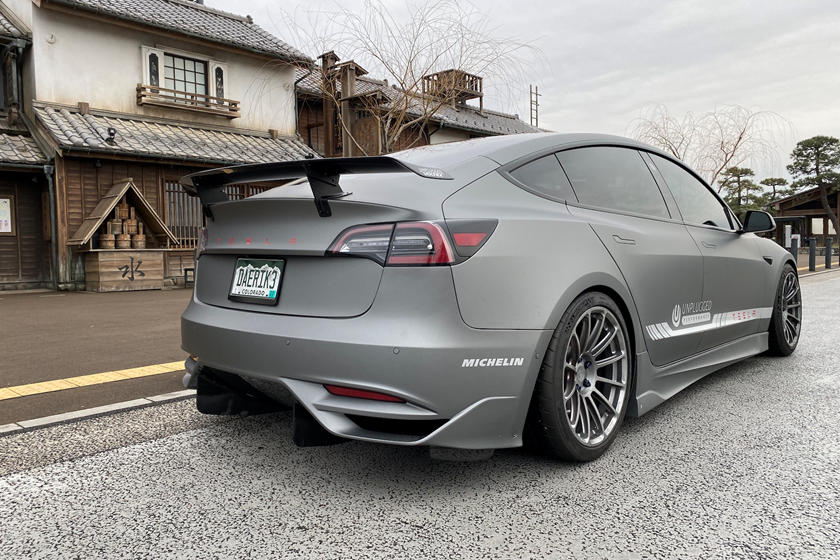 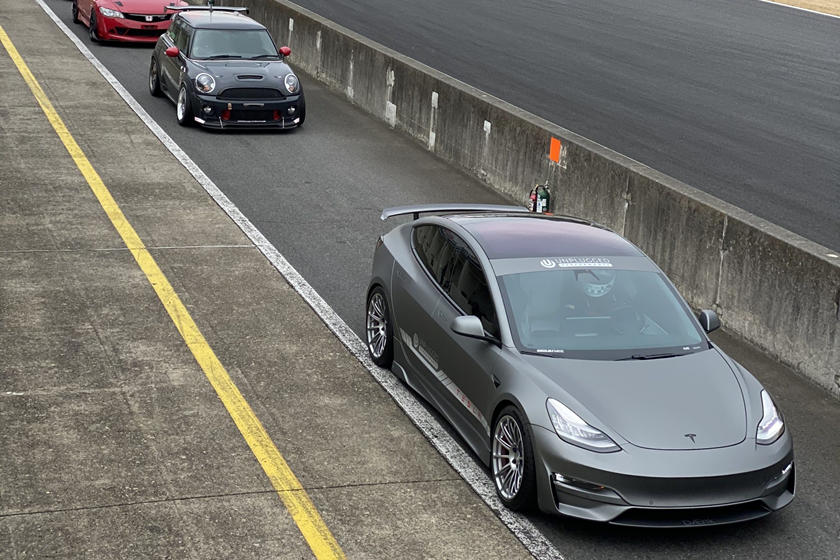 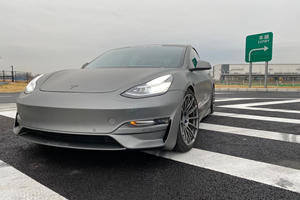 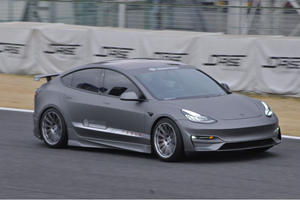 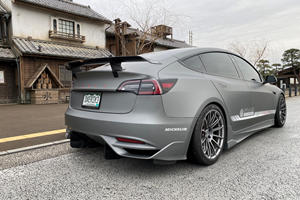 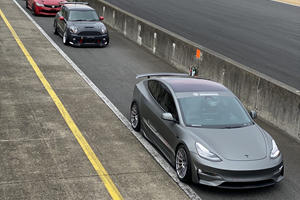 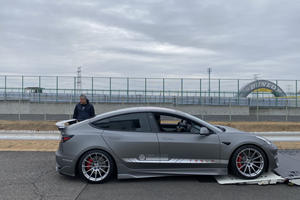