Here's More Proof The Future Of Driving Is In Trouble

One of the big issues for the development of electric vehicles is building up a charging network to support their growth. That's why the Volkswagen Group established Electrify America in 2017 to roll out and operate an expanding, non-proprietary charging network throughout the US. And now Stable Auto, a fleet charging company based in San Fransisco, has announced a partnership with the VW subsidiary to deploy robotic charging solutions that look like something straight out of science fiction.

The idea is that autonomous electric vehicles won't have drivers, so they will need the infrastructure to be charged autonomously as well.

The program will use 150kW DC fast chargers provided by Electrify America and matched to a new robotic arm that will be produced by a clean-tech engineering company called Black & Veatch, then run on Stable's own scheduling software. The pilot demonstration site in San Francisco will be Stable's first commercial autonomous charging facility and is planned to open in 2020.

"Autonomous vehicles will play an important role in the future of driving, particularly with fleets, and tailored charging options for self-driving EVs will be critical to develop that effort," said Electrify America's Wayne Killen.

"We believe that reliable, high power electric vehicle charging infrastructure is essential for the accelerated adoption of EVs in the US, and recognize that foundational solutions like DC fast charging can be adapted for different charging needs."

The facility will allow autonomous electric vehicles to pull into any available standard sized parking space so the robotic arm can automatically connect the charger and vehicle. The program allows Electrify America the chance to evaluate all aspects of the system as it works to keep expanding its charging network, which currently includes the addition of 120 chargers to Walmart parking lots across the US. 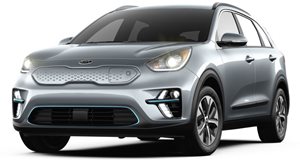 Model Overview
2021 Audi e-tron Review: An EV For Everyone