Is Something Wrong With Tesla's Battery Packs?

No one seems to know why parked Teslas keep bursting into flames.

Tesla is going through a patch of rough news in China following two incidents, the first involving a Model S catching fire in a Shanghai parking garage, and the second surrounding a Chinese ride sharing company that very publicly shamed the California automaker for its "unreliable" cars. But things aren't looking so pretty for Tesla in its home turf either. Over the weekend another Tesla, also a Model S, caught fire in a San Francisco parking garage. Details about the incident remain sparse, but the San Francisco Fire Department's Twitter feed mentioned that it was called in at 12:20 am on May 3rd to respond to a reported car fire.

Upon arrival, firefighters spotted a Model S with smoke coming out near the sedan's rear passenger-side tire. Crews quickly put out the fire before it could damage the building and then dragged the Model S outside to cut its circuits and ensure the blaze wouldn't resume. Despite this fire being a contained event, there's something strange about it when seen in conjunction with the Model S that exploded into flames in China. Much like that blaze, this incident is rife with abnormalities that make it appear like Tesla either has a problem with its batteries, or that someone is sabotaging its cars. For one, it's highly unusual for an electric car to catch fire without first getting into a crash. Teslas that have caught fire usually do so upon being towed improperly, during a drive, or while being charged - all activities that engage the battery.

But according to the SFFD, this Model S wasn't even plugged in when the incident took place, meaning that the battery was doing little more than keeping base systems idling while waiting for the owner to come back. Video footage of the blaze in China also appears to show that Tesla catching fire despite being unplugged. We'll have to wait and see if further investigation reveals the cause of the fire, but it's worth noting that Teslas still tend to catch fire at a much lower rate than gasoline cars do. The reason they make the news is because of the added scrutiny that cars with alternative powertrains receive from a curious public. 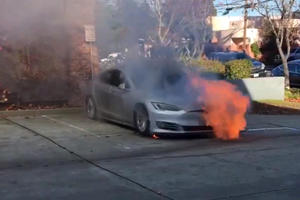 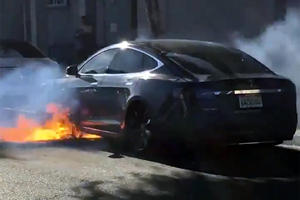 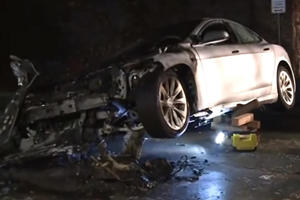 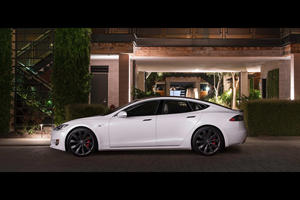 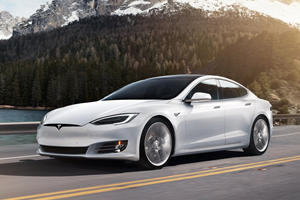