Is This Tesla-Powered Vintage Porsche Sacrilege Or Perfection?

Like it or not, classic cars being converted to electric power is becoming a big trend. As new electric vehicles are gaining popularity, the cost of batteries and electric motors are getting less expensive while availability is growing. And, now that cars from Tesla have been on the road for a while, it's inevitable for some to come to an unfortunate and premature end. The result can be something as spectacular as this 1968 Porsche 912 that is now powered by electric powertrain from a Tesla Model S P85 and highlighted in this YouTube video from The Verge.

The Porsche 912 featured in the video is the work of two shops based in California, Zelectric Motors and EV West. Both shops have been around for some time, with Zelectric Motors concentrating on the conversion of old Volkswagen and Porsche models and EV West who are well known for their general conversions and kits as well as building performance EVs.

Taking the innards out of a classic car and replacing them with an electric drivetrain is sacrilege to many but others point out that taking a vintage car without a working engine, on the edge of being scrapped, is a great way to save a classic. The Porsche 912 was an entry-level variant of the 911 that featured a detuned version of the older Porsche 356 engine. The "poor man's 911" never had much love from enthusiasts, but now with the Tesla electric powertrain installed it makes a staggering 550 horsepower with claimed 4,500 lb-ft of torque.

Zelectric Motors and EV West used the inverter, the rear differential, and the accelerator pedal from the Model S, but the Porsche 912 is too small for Tesla's battery packs. Instead, the conversion uses a 32-kWh battery pack that's been split into two so the chassis can be better balanced. The result is a 140-mile range and, as we can see from the video, one hell of a rapid Porsche 912 capable of pulling some seriously smokey burnouts. 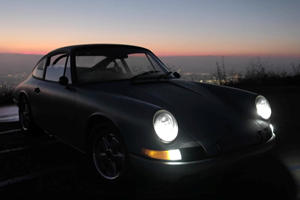 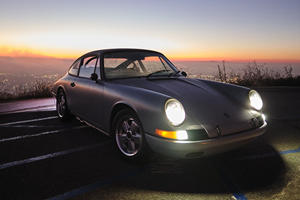 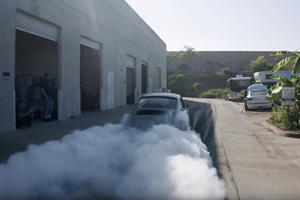 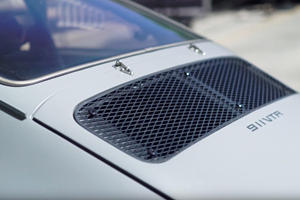 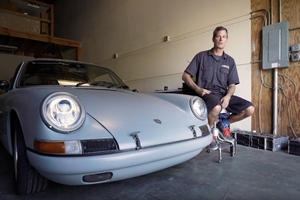