Is This The Rarest Porsche RS Car Ever Made?

It might just be, and it can be imported to the US.

Modern Porsche RS cars, like the Cayman GT4 RS, are held in incredibly high regard. Deservedly so. They're often the pinnacle of what Porsche is capable of doing with a given car. A handful of RS cars are arguably the best-driving P-Cars ever made. Of course, they're also rather expensive. Go try and find a GT4 RS priced at sticker. We'll wait. Not only are these bonkers expensive, they're hard to come by (as you've probably just learned).

So, why not wind the clock back a bit and take that six-figure sum and put it towards something a little more... retro? This one is almost guaranteed to hold its value better, too. It is, after all, one of one. Of four. We'll get to that in a second. This is a Porsche 968 Turbo RS. And of course, if you have to ask...

While pricing is only available on request, the specs aren't. They're pretty impressive for 1993 too. Weighing only 2,976 lbs and producing 337 hp, this thing is fast by any standard. It's also got a manual transmission, unlike the GT4 RS. Unfair comparisons aside, it was an impressive little racer built out of one of the most unloved Porsches made to date. Providing that 337 hp is a turbo-four, which also motivated the 968 Turbo S. And like that Turbo S, the rear wheels are doing all of the moving here.

In order to homologate the car, Porsche had to add some racy touches. That includes a stripped interior, bucket seats, fire suppression system, and an endurance fuel tank. Interestingly, the factory dash remains, though some of the lower dash componentry has been replaced with a killswitch and starter. 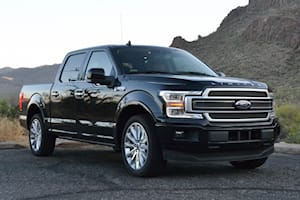 Unfortunately, all that homologating was for nothing. Porsche built versions of these cars to race in a new ADAC GT series that sprung from the then-recently-dead Group C race series in the early '90s, and it never saw a race track. Only 14 roadgoing models were built, four of which where Turbo RS models. And get this - this is the only road-registered one on the planet. Given its age, the car is ripe for import.

We really have no idea on the pricing. Lesser Porsche 968 Club Sport models in Speed Yellow often trade hands for around $80K, but this is obviously on another level. If we had a gun to our heads, we'd say this is a mid six-figure car. There's no history attached to it to jack up the price, but it is really rare. And not even the GT4 RS is this hard to find. 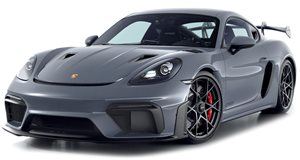 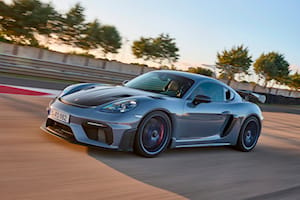