Is Your Set Of Wheels In America's Top 10 Most Stolen Cars List?

Even if it isn't, we sincerely hope your car isn't included in the NICB's Hot Wheels statistics.

As much as we'd love it to not be an issue we face, car thefts are quite a common occurrence. Though rates have been declining over the last few years, we're at least one car is stolen every minute of every day in the United States. Despite this depressing reality, the trade-off is that it's quite interesting to see which vehicles are most popular with car crooks, with the NICB's latest 'Hot Wheels' report detailing which were the most frequently nicked motors during 2015.

According to the NICB, the humble Honda Accord takes the top spot when it comes to being stolen, with 52,244 reported instances being logged last year. Since we'd imagine the 2015 car theft rates are still somewhere close to 2014's 689,527 figure (the NICB didn't actually disclose last year's total amount), that does suggest roughly one out of every 14 reported car theft instances involves the humble Honda mid-sized sedan. The Honda Civic is also pretty popular with auto robbers, as it came in as runner-up with a total of 49,480 reported theft instances. Surprisingly, there's a huge gap back to the third placed vehicle - which is made even more amazing when you discover only 29,296 Ford Pick-Up trucks were purloined in 2015.

That downward trend continues throughout the top ten rundown (more Honda Accords, for instance, were reported nicked in 2015 than the combined totals of the cars placed sixth to tenth in the NICB's survey), but that doesn't mean there aren't any unusual findings. Whereas you appear to be far more secure with a Dodge pick up (11,212 thefts) than you would with a comparable model from Chevrolet (27,771 thefts) and the aforementioned Ford, things don't fare as well for MPVs bearing the ram emblem. For some unusual reason, 9,798 Dodge Caravans were pinched last year, meaning they're more likely to be robbed than even the common-as-chips Toyota Camry that finished in tenth place with 9,225 thefts. 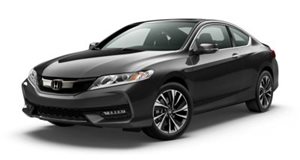 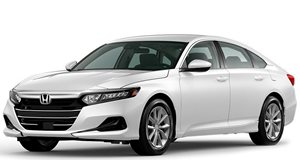