It's Official: Mercedes' All-Out Assault On Tesla Is About To Begin

And Tesla should take note.

It may have taken a few years but automakers now view Tesla as a threat. The California-based tech giant/EV carmaker has proven, once and for all, that electric vehicle tech is viable and offers a true alternative to gasoline and diesel-engined vehicles. Heck, Tesla has even somewhat called into question hybrids and hydrogen fuel cell vehicles. BMW has already responded with its "i" sub-brand (an all-electric i8 is reportedly in the works) and other automakers are working as fast as possible to get their own EVs on the market.

As for Mercedes, a report from German publication Handelsblatt has confirmed a rumor we heard earlier this month: the automaker has decided to launch its own separate EV brand at Paris this September. The report further claims that, unlike BMW and i, Mercedes will (for now) use existing factories to build these vehicles, as opposed to building a separate production facility. So what will be the first vehicle? An SUV based on the GLC crossover. But hang on...doesn't Daimler already have EVs, like the Smart ForTwo Electric and the Mercedes B-Class Electric Drive? Yes, but neither are true Tesla fighters; something more luxurious and technically-rich is needed. We'll find see in September what Mercedes has in mind. 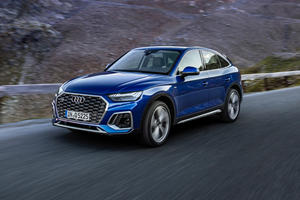 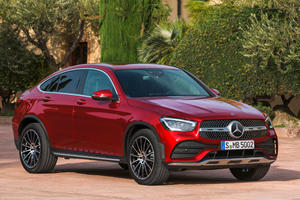