It Turns Out That Convertibles Are Just As Safe As Hardtops

According to the IIHS.

Drop-tops such as the venerable Mazda Miata and Ford Mustang Convertible are universally loved machines that offer that wind-in your hair driving experience that can only be truly replicated by riding a motorbike. What do both of these forms of transportation have in common? The general consensus is that they're not safe, but a newly released report by the Insurance Institute for Highway Safety (IIHS) proves otherwise. In fact, convertible cars are actually just as safe as their hardtop siblings, and cars such as the Mercedes-Benz C-Class, which is one of the safest on the road, shares that sentiment with its convertible version performing well in safety testing.

This also comes soon after the IIHS reported that self-driving cars aren't as safe as we think they are.

The report states that despite their flimsy appearance, convertible cars are no riskier to drive than hardtops, and in fact, showed that crash rates and death rates were lower for convertibles than non-convertibles. The IIHS did however state that the differences in driver death rates weren't statistically significant.

The IIHS compared rates of driver deaths and police-reported crashes per miles traveled for convertible and nonconvertible versions of 1-5-year-old models during 2014-18. It also looked at driver behavior such as point of impact and whether the driver was ejected from the vehicle or wearing a seatbelt. The IIHS found that convertibles were involved in six percent fewer police-reported crashes per mile traveled than their conventional counterparts.

The study did however find that 21 percent of the convertible drivers killed in crashes were ejected from the vehicle, compared with 17 percent for conventional cars, but that convertible drivers were more likely to be wearing seat belts and less likely to be speeding. "Based on this study, convertibles don't appear to pose a particular safety risk," Teoh said. "If you're shopping for a convertible, you should consider crash test ratings and safety features, just as you would if you were shopping for any other car," Teoh concluded. 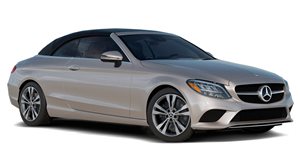