Porsche better watch its back.

Ever since Jaguar launched its extreme Project 7, there has been a ton of speculation as to whether some of the elements we saw in that amazing car might carry over to the production F-Type. With the production of a hardcore RS variant of the new Jag, those rumors have now been answered. This spy video of both the convertible and coupe versions being put through their paces at Nurburgring, shows the new car's obviously upgraded aeros, such as the huge front splitter and rear diffuser.

Numbers are unknown, but considering the F-Type is already producing 542 hp, it isnt unreasonable to assume the car will be in the 600 hp range. Either way, we think the car sounds amazing. The 911 Turbo better watch its back. 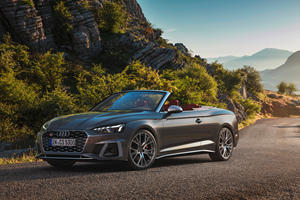