Is this a clue that Jaguar is getting ready to get back into racing?

There are varying degrees of the GT racing division, but of them, the GT4 class of cars bears the biggest resemblance to every day street legal vehicles. Intended are a class for more amateur drivers who typically have less spending money and skill to deal with more track-hardened GT3 cars, GT4 vehicles are usually tuned similarly to one another to ensure that wins are based on driver merit and not the car. Jaguar has notably been missing from the segment, but according to Autosport, it soon may not be.

The British automaker's only pervious GT car was the C-Type and D-Type models of the 1950s, which built the LeMans-winning vehicles at the Browns Lane plant in Coventry, England. Now, Jaguar plans to build a new GT4 models based on the F-Type at the same facility. The project will be headed by Graham Humphrys, who designed the 1999 BMW V12 LMR that won LeMans. Autosport's source mentioned that the project, taking refuge under Jaguar's Special Vehicle Operations wing, is being funded by James Holder, the co-founder of the Superdry clothing brand. It's claimed that Holder commissioned three cars from the automaker and intends to debut them at the GT4 European Series.

The GT4 F-Type could come as either a V6 or V8 machine, and given Jaguar's knack for design, it'll no doubt be an attractive prospect against contenders like the Porsche Cayman GT4, BMW M4 GT4, and and Chevy Camaro GT4. Autosport reached out for comment and got the usual runaround, with the automaker claiming that it does not share information about SVO projects with anyone except for direct customers. Autocar did the same and heard that, "Jaguar returned to international motorsport last year in the FIA Formula E Championship," said a spokesman. "This is where we are focusing our motorsport activities with our Panasonic Jaguar Racing team."

While this tells us nothing about the GT4 F-Type, it alludes to the fact that Jaguar may be aching to make a return to racing, with the GT4 segment being the next area it steps its toes into. Let's hope this is true because not much is better than when a few exotic automakers decide to get into a spat about lap times. 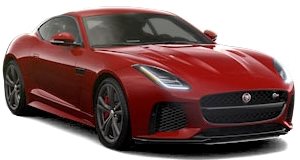